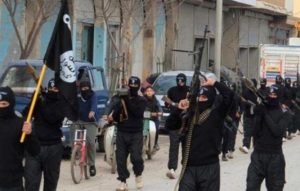 The Islamic State has issued arrest warrants for several members who had fled fighting against Iraqi troops in western Mosul to neighboring Syria, a local source was quoted saying according to iraqinews.com .

Alsumaria News quoted the source saying the group’s so-called “security department” in Nineveh ordered those who return voluntarily to the battlefield shall receive 90 lashes and two months in jail, while those caught while at large should be executed.

Most of the fugitives were from the group’s hideouts in the western Mosul districts of al-Arabi, al-Farouq and 17 Tamuz (July 17th), according to the source.

Many of the group’s non-Iraqi members returned home, with the flow of foreign fighters almost stopped, the source added.

Since Iraqi troops, backed by the U.S.-led coalition and paramilitary forces, launched a campaign in October to retake Mosul from the Islamic State, the group has been sustaining severe losses in terms of personnel and finances, with hundreds of senior leaders killed and others reported at large. The group has occasionally executed or levied harsh punishments on members for either attempting to escape or for slack performance on the battlefield.

The Iraqi command opened earlier this week a new front for ground offensives targeting IS’s strategic stronghold at the Old City region from the north, having found it difficult to invade the area from the south for weeks.