You are here: Home / Senza categoria / Islamic State is trying to make a comeback by creating chaos with assassinations 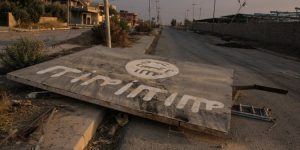 Roughly four years ago, ISIS shocked the world when it took over a large swath of territory across Iraq and Syria, declaring the establishment of a new Islamic caliphate in the process, like reported by aol.com.

Fast forward to 2018 and the terrorist group is a shadow of what it was even a year ago. It has lost the vast majority of the territory it previously held and the number of fighters it counted among its ranks has dwindled exponentially to below 3,000.

Nevertheless, ISIS remains a threat in the Middle East, and a new report from the Soufan Center warns it’s attempting to make a comeback by resorting to a tactic it employed back in 2013 when it was still known as Al Qaeda in Iraq (AQI) — the targeted assassinations of Iraqi security personnel.

“To get back to its heyday of 2014, the Islamic State first needs to get back to 2013, a year in which the terrorist group concluded one very successful campaign to free thousands of its detained members from Iraqi jails and started another campaign to assassinate and intimidate Iraqi security personnel, particularly local police officers,” the report stated.

In late June, Iraq executed 12 ISIS members, which the Soufan Center says was in response to the “high-profile assassination” of eight Iraqi security personnel.

With fewer numbers, ISIS will be less inclined to focus on regaining territory and more likely to ramp up attacks on Iraqi police to sow the same brand of chaos it did back in 2013, according to the Soufan Center.

“A weakened Islamic State is now trying to recreate that past,” the report noted.”Targeted attacks on police and government officials have risen in several provinces as the group has stopped its military collapse and refocused on what is possible for the group now.”

The report added, “Assassinations require few people and are perfectly suited as a force multiplier for a group that has seen its forces decimated.”

Peter Mandaville, a professor of international affairs at George Mason University who previously served as a top adviser to the State Department on ISIS, backed up the Soufan Center report.

“I think it would be difficult for ISIS to retake significant territory given the ongoing presence and vigilance of [US-led] coalition forces,” Mandaville told Business Insider, adding, “They certainly have the capacity to engage in an extended insurgency campaign using the kinds of tactics highlighted in the Soufan Center report.”

Mandaville said the situation on the ground in Iraq — that led to the rise of ISIS in the first place — has not changed significantly even though ISIS has more or less been defeated militarily.

“The social fabric of Iraq remains severely frayed, with high levels of political polarization,” Mandaville said. “Until the central government succeeds in advancing key political and security reforms, many areas of Iraq will continue to provide a permissive environment for low intensity ISIS operations.”

Sterman told Business Insider that the threat of ISIS returning to the strategy of breeding chaos on the local level by targeting Iraq security personal is “very serious.”

“ISIS continues to show capability to conduct attacks in liberated areas, an issue seen also during the surge,” Sterman added. “Bombings in Baghdad in January illustrate this as well as the assassinations and smaller attacks discussed” in the Soufan Center report.

In short, ISIS is still in a position to create havoc, albeit in a more limited capacity, in an already troubled country that really hasn’t even begun to recover from years of conflict.

ISIS continues to operate underground across the world

From a broader standpoint, this does not necessarily mean ISIS poses a significant threat to the US.

“Even at its height, ISIS did not demonstrate a capability to direct a strike on the US homeland (as opposed to Europe),” Sterman said. “So the threat [in the US] predominantly remains homegrown and inspired. Of course that doesn’t mean the US should take its eye off of what is happening in Iraq and Syria. ISIS’s bursting onto the global scene is proof of that.”

ISIS continues to wage an effective propaganda campaign online, which helps it maintain a global footprint even as its presence in Iraq and Syria has become more faint.

Moreover, ISIS is also turning to Bitcoin and encrypted communications as a means of rallying its followers worldwide.

“If you look across the globe, the cohesive nature of the enterprise for ISIS has been maintained,” Russell Travers, the acting head of the National Counterterrorism Center, recently told The New York Times. “The message continues to resonate with way too many people.”

Speaking with reporters in late June, Defense Secretary James Mattis lauded the success the US-led coalition has had against ISIS in Iraq and Syria but added that “there’s still hard fighting ahead.”

“Bear with us; there’s still hard fighting ahead,” Mattis said. “It’s been hard fighting, and again, we win every time our forces go up against them. We’ve lost no terrain to them once it’s been taken.”

Meanwhile, US troops stationed near the Iraq-Syria border have been hammering ISIS in Syria with artillery in recent weeks.