You are here: Home / MidEastGulf / Islamic State is tarnishing the image of Islam – Iranian President 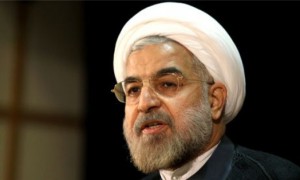 Iranian President, Hassan Rouhani said that the terrorist group that is calling itself Islamic State, is tarnishing the image of Islam.

In his message, broadcast on state Television, Rouhani called upon Muslim states, not to be silent “in the face of killing and violence.” He said that it was their duty to “correct the image of Islam in the World public opinion.”

The President insisted that the Islamic religion opposes violence. He asked if the Muslim countries ever thought that it would be a group from within the Islamic world that would present Islam as a religion of violence and injustice.

Rouhani said that extremism from Islamic State is a result of “narrow mindedness and lack of moderation”.

In the past, Iran has showed its support to Syrian President Bashar al-Assad and condemned Islamic State.