You are here: Home / West Asia / Islamic State (IS) presence in Bangladesh will pose threat to North East India 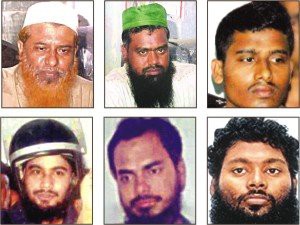 Efforts by Islamic State (IS/ISIS) to establish bases in Bangladesh may pose a serious security threat to the North East region of India in the days to come, reports The Assam Tribune on November 30. According to reports, security agencies are of the view that the possibility of the dreaded terrorist outfit making attempts to spread towards Assam cannot be ruled out. The IS recently made public its intention of spreading towards Bangladesh and security sources are of the view that if the outfit manages to achieve its goal, the security scenario in the North East will face a serious threat. The fundamentalist forces are already trying to use the ethnic clashes in Assam in 2012 a major issue as the leaders of such forces are mentioning about the riots in their speeches. Under the circumstances, if the IS gets a foothold in Bangladesh, they will definitely try to spread to Assam by making use of the sentiments of the people affected by the riots, sources pointed out.

Sources also pointed out that the IS might try to join hands with forces like Jama’atul Mujahideen Bangladesh (JMB) and as the JMB already has contacts in Assam it will be easier for the IS to use such contacts. The IS, in its monthly mouthpiece Dabiq mentioned about the plan to expand to Bangladesh. The December issue of the Dabiq devoted a full article entitled “Revival of jihad in Bengal”. By Bengal, the IS meant Bangladesh. The article gave a detailed account of the history of jihad in Bangladesh and stressed the need for revival of jihad in that country. The article said that all the mujahedeens should unite to fight against “oppression of Muslims” in Bangladesh and Burma.

Security analyst and former General officer commanding (GOC) of the 4 Corps of the Army, Lieutenant General (Retd) DB Shekhatkar expressed the view that India should take adequate precautionary measures to prevent the IS from spreading its bases to India. He said that India should also take the neighbouring countries, particularly Bangladesh and Myanmar on board and a coordinated effort should be launched to check the growth of IS before it is too late. The outfits like IS never differentiates international borders and India should not wait for massive explosions to go off and adequate precautionary measures should be taken before it is too late. As the IS mentioned about Bangladesh and Myanmar, the North East region will be trapped in between and there is every reason to believe that the region would not be left out of its operational area by the IS, Shekhatkar said.