ISIS has resilience beyond the Middle East, and Southeast Asia is one of its new homes 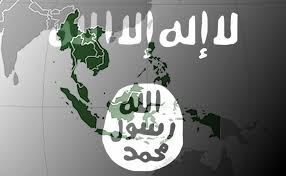 The prolific expansion of the Islamic State (ISIS) in territorial gain and influence since 2014 hinted at an emergent force that might be radically different from its al-Qaeda predecessor. In attempting to explain the modus operandi of ISIS, the concepts of hybrid warfare and grey zone conflict have been useful. A hybrid adversary essentially employs a synergized form of conventional warfare, irregular warfare, and criminal methods to obtain political objectives. Hybrid adversaries operate and thrive in the grey-zone conflict space that spans from proto-state administration to military operations short of high-intensity war.

The hallmark of ISIS that distinguishes it from hybrid state actors, however is its de-territorialized character, which gives the organization a certain resilience. The battles for Palmyra and Ramadi in early 2016 demonstrated that rather than fighting to the death to defend its strongholds, the pragmatism of “trading space for time” is an option for ISIS. Despite the loss of several key towns and cities in both Syria and Iraq, ISIS has demonstrated the ability to put up stiff resistance in strategic locations such as Mosul. More importantly, the recent physical roll-back of ISIS in the Middle East does not necessarily mean that ISIS is a spent force in other regions of the world – particularly in Southeast Asia.

ISIS in the Grey Zones of Southeast Asia

The manifestation of the ISIS threat is more prominent in Southeast Asia than in other parts of the Asia-Pacific region. Dozens of sailors and tourists have been abducted and held hostage by Abu Sayyaf in the vast porous archipelagic boundaries shared by Malaysia, Indonesia, and the Philippines in the Sulu and Sulawesi Seas. The death of kidnap kingpin Abraham Hamid in December 2016 highlights one such manifestation in Southeast Asia, the kidnap-for-ransom grey zone where criminals and ISIS affiliates intertwine. It is in such poorly governed grey zones that ISIS and its Southeast Asian affiliates would seek to exploit and expand both its influence and physical presence.

ISIS affiliates in Southeast Asia will increasingly exemplify traits of a hybrid organization as fighters return to the region and bolster existing regional organizations. Up to 700 Indonesian and Malaysians have traveled to Syria and Iraq, fighting together in a designated Southeast Asian combat unit, Katibah Nusantara. An influx of returning battle-hardened fighters and their foreign comrades not only brings renewed tactics and organizational capabilities, but also the potential of linking existing organizations in Indonesia, Malaysia, and the Philippines in an increasingly complex network of returning fighters, foreign fighters, local jihadists, and criminal elements.

Even as ISIS loses control of physical territory in the Middle East and Southeast Asia, fighters operating in the grey ungoverned spaces can continue to disrupt and confound security forces and government agencies. In 2016, more than “10 fighting battalions” claimed to be fighting under the ISIS flag in the southern Philippines. Moreover, ISIS affiliates in Southeast Asia are effectively exploiting the cyber domain for radicalization efforts and recruitment within existing terror networks. In Malaysia at least 70 military personal were identified as having ISIS links – including those from the elite commandos. These military recruits are often encouraged to conduct attacks in their home countries due to the difficulty of making it to Syria. There is also a growing concern that these highly trained military personal could transfer their knowledge and skills to other fighters in Southeast Asia.

ISIS in Southeast Asia has yet to develop into a proto-state-like entity as it had in the Middle East. Much of ISIS-linked armed violence so far has been restricted in the southern Philippines and the maritime littorals shared by the three archipelagic states of Malaysia, Indonesia, and the Philippines. Recent events in the Middle East, however, could change the situation in Southeast Asia. The string of ISIS defeats on Middle Eastern battlefields does not necessarily spell the end of ISIS as a hybrid organization or its reach beyond the geographical confines of Syria and Iraq. Indeed, lost ground in the Middle East could be compensated by gains in other poorly governed spaces of the world, such as parts of Southeast Asia.

Dealing with Hybrid Adversaries in the Grey Zone

Whilst hybrid adversaries are not entirely unique to the 21st century, it is the rapid change in the character of hybrid threats and grey zone conflict that makes a precise response so challenging. The hallmark of a hybrid adversary lies in its capability and will to achieve specific strategic objectives in the amorphous space of the grey zone, which ranges from proto-state administration to pitched battles in urban areas. Unlike conventional war with its clearly defined notions of victory and defeat, there is little stability in grey zone conflict. It is the lack of stable rules in the game of grey zone conflict that makes it such an attractive option for proto-state hybrid actors such as ISIS.

States at the receiving end of hybrid adversaries and grey zone conflict should develop policies that allow their respective government agencies to respond in a timely and proportional manner. Such policies should develop a range of response options below the escalatory threshold of high-intensity war, but should send a clear signal to the hybrid adversary of the will and capability of the target state to respond. They could range from a multi-national response, such as the Malaysian, Indonesian, and Filipino joint maritime patrols in the Sulu and Sulawesi Seas, to the retooling of national military and domestic security agencies to counter hybrid threats.

In cases where the hybrid adversary may not be deterred, such as radicalized ISIS affiliates bent on suicide tactics, the focus should be on building resilient systems that are able to bounce back quickly. The savage violence of ISIS and its affiliates will continue to appeal to a tiny minority in Southeast Asia, but there is evidence to suggest that the resilience of local societies can tapped into to enable target states to bounce back quickly in event of ISIS-inspired violence. Hybrid adversaries in the grey zone will be a driver of global and regional conflicts, but we would do well to ensure that the impact remains largely in the grey zone.