Islamic State is recruiting hackers in India to steal sensitive data from governments with offers worth as much as $10,000 a job. 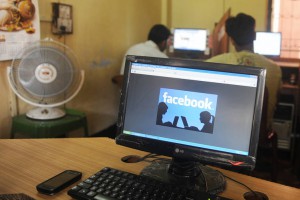 Islamic State is recruiting hackers in India to break into government systems, with the India Times reporting that the hackers are being paid over $10,000 for every job they do.

India-based cyber crime expert Kislay Chaudhary told the India Times: “There are various underground communities online where hackers interact regularly. Our investigation reveals that for the past six months lucrative offers for stealing government data came pouring in and hackers were offered huge sums. Such amounts has never been offered to any Indian hacker before.”

Experts in India said that over 30,000 hackers could have already been in contact with Islamic State.

In November Islamic State issued guidelines on how to defend itself against hacking after hacktivist group Anonymous declared “war” in response to the deadly Paris attacks on 13 November.

Anonymous opened an #OpParis Twitter account to provide updates on its campaign against Islamic State and released the names of 9,200 accounts believed to be affiliated with Islamic State.

Islamic State’s own guidance on how to avoid being hacked was discovered by researchers at the International Centre for the Study of Radicalisation, a London thinktank.

The guidelines include a recommendation to use virtual private networking (VPN) tools to create encrypted connections and to change IP address frequently. It also recommend avoiding clicking on links if the source is not known, avoiding the use of direct messages on Twitter, avoiding the use of email accounts as Twitter user names, and blocking and avoiding talking to unknown contacts on Telegram.