You are here: Home / Senza categoria / Islamic State in our own backyard: group’s U.S. followers are diverse, in places large and small 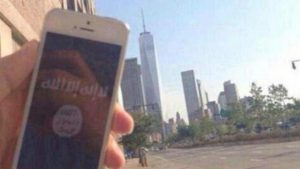 A teen playing basketball after school. An FBI agent. A couple on their honeymoon. A young mother raising her 7-year-old son.  All American —women, men, Muslim, non-Muslim, African-American, white. All arrested on charges of helping the Islamic State.

ISIS and supporters of the terrorist group have seemingly ingrained themselves in America. New York City recently saw two terror attacks in less than six weeks. But even in less high-profile places, the group’s followers are pressing forward.

USA TODAY reviewed 152 federal cases across the U.S. involving ISIS from 2014 to 2017 and found that its followers are just as diverse as the states where they’ve been caught.

Each time the news is terrifying: Shoppers stabbed at a Minnesota mall; clubgoers gunned down while dancing in a Florida nightspot; students hit by a car and stabbed while walking at Ohio State University.

Data compiled by USA TODAY using federal court documents along with two studies on terrorism by New America, a non-profit think tank, and Charles Kurzman, a professor at the University of North Carolina at Chapel Hill, show these ISIS-inspired attacks and the numbers of arrests have decreased sharply since the group’s rise to prominence in late 2014 and early 2015.

In fact, USA TODAY’s analysis shows there were double the number of cases in 2015 when compared with 2017.

The data reflect only a sample of 152 cases and do not represent all terrorism cases.

ISIS’ quick rise to power and taking of territory in Iraq and Syria, where it created a caliphate — or an Islamic State centered on a Muslim revival — left many surprised. But ISIS failed in its ultimate goal of a global caliphate and the defeat of non-believers and suffered significant losses in territory and members in 2017.

Still, the FBI and experts say the group is far from gone.

“The good news is, you know, the caliphate is crumbling and that’s positive for all of us,” FBI Director Christopher Wray told the House Judiciary Committee last month. “The bad news is, ISIS is encouraging some of its recruits and potential recruits to stay where they are and commit attacks right in the homeland.”

Currently, the FBI says it is investigating about 1,000 ISIS-related threats across the nation. In addition to those cases, agents are investigating a larger number of “lone-wolf types, who are motivated and inspired by ISIS to commit attacks,” Wray said.

Though many point fingers at foreign nations for cultivating terrorists, suspects in attacks USA TODAY examined were all in the U.S. legally. Most of the suspects were born and raised in America.

Of the 152 cases reviewed by USA TODAY, 55 involved an alleged plot on U.S. soil, 40 of which were prevented. Sixty percent of the suspects were characterized as lone wolves.

A portrait of the cases

Those people arrested in ISIS-inspired plots didn’t share an overarching commonality. They were young and old, married and single, religious and secular.

Some suspects blamed mental illness or depression. Others were lured by the group’s false promise of protection and power for Muslims and peace in the Middle East.

Ron Hosko, a former assistant FBI director, said there are a few things that seem more prevalent in these individuals.

“They seem to be people who don’t have a strong connection or an anchor of some kind to their lives,” he said. “It’s like they are looking to connect to something or with something bigger to give them a greater purpose.”

In 2015, Heather Coffman, a 29-year-old white mother raising her 7-year-old son in the suburbs of Glenn Allen, Va., became entranced with the group and started dating an ISIS member fighting overseas.

Family and friends say the giving, devoted mother who used to take her son to school every day and spend days off from work with her close-knit family instead turned to social media and filled her news feed with support for the militant group.

She even tried to plan a move overseas to help the group before her arrest and conviction.

Women were named suspects in 15 out of the 152 cases reviewed by USA TODAY.  A study done by New America on terrorism in the U.S. since 9/11 found the number of women involved in Muslim extremism increased as the Islamic State’s popularity grew.