You are here: Home / Mediterranean / Islamic State in Libya: 12 Egyptians abducted in Sirte, including Copts 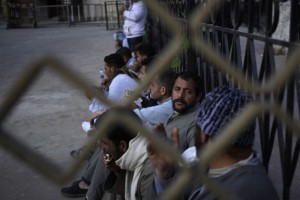 Witnesses have told the media website Alwasat that near Sirte ”ISIS jihadists abducted 12 Egyptians who wanted to return home”.

Among those kidnapped, who were working in the construction sector, are ”some Copts”.

According to the same sources, the 12 Egyptians were ”forced to work and build a prison and some administrative offices for the Islamic State”.