You are here: Home / West Asia / Islamic State in India 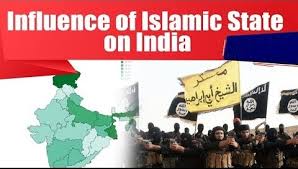 The United Nations 26th report of the Analytical Support and Sanctions Monitoring Team concerning ISIS (Islamic State in Iraq and Syria), al Qaeda and associated individuals and entities has noted, with some concern, that an affiliate of ISIS has a significant presence in the Indian states of Kerala and Karnataka, like reported by dailytimes.com.pk.

This finding comes at a very awkward time for India and raises a number of very serious concerns that will have implications in the region and beyond. Firstly, that the world’s most savage militant outfit has established its so called Wilayat Hind in some of India’s most progressive parts not just exposes the state’s intelligence and security failure but also the society’s lack of adequate regard for what is happening around it. And that the group has around 200 members there, and they operate under the Taliban umbrella from Afghanistan’s Nimruz, Helmand and Kandahar provinces, says a lot about what is happening right under the government’s nose.

Then there are the regional implications. Blaming other countries, especially Pakistan, of terrorism while there’s terrorism festering inside India is one thing, but the presence of ISIS is a serious security blow for the entire region. Nobody can tell better than Pakistan and Afghanistan just what it takes to fight these radicals to the finish. They operate in sleeper cells spread within and across countries. And it takes a long time to completely wipe out an enemy that has no uniform, no army and no infrastructure, just the ability to inflict deadly damage on innocent people in large numbers.

India must immediately investigate these matters thoroughly. It must also come clean and share all the intelligence it gathers with everybody in the region. Then everybody must look if there are more such cells in more countries, and if there is a possibility of all the bad guys being able to communicate and coordinate possible attacks. And then all stakeholders must devise a joint strategy to first contain and then eliminate this menace from this area once and for all. Terrorism has long held South Asia back from its potential. It’s time the countries here traded and grew together. But first of all they will all have to get together and wipe out all the threats to all their common interests. Considering that everybody stands to gain from something like this, it should not be too much for India to consider it as well.