You are here: Home / West Asia / Islamic State in Afghanistan 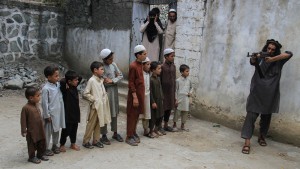 Raising its black flag over the rugged mountainous regions of Afghanistan, the Islamic State of Iraq and the Levant (ISIL) has emerged as a new threat to the war-ravaged country as it battles the Taliban for supremacy.

Employing violence and brutality to impose its will, Wilayat Khorasan, (the ancient name ISIL has chosen for the region made up of Afghanistan, Pakistan and parts of neighbouring countries), has emerged in seven different areas and vowed to step up operations, where the veteran fighters – the Taliban – once held sway.

Fighting to reconstitute the historical Khorasan into the so-called “caliphate” of Abu Bakr al-Baghdadi, the group says it has grand plans for the region, starting with uprooting the Taliban and the government of President Ashraf Ghani.

Causing friction with the regional and overall leadership of the Taliban, armed battles have increased over the past few months with dozens of Taliban fighters killed in clashes, most notably in the Taliban stronghold of Nangarhar province.

ISIL’s local chapter has also managed to attract dozens of fighters from the Taliban’s ranks into its fold, while foreign fighters unable to make it to Syria and Iraq have thronged to the group’s territory.

In ISIL and the Taliban, we look at the group’s growing popularity, how it made steady inroads into the country, and the threat it poses for the future of Afghanistan.

We gain exclusive access to ISIL’s central leadership and meet children as young as five years old being trained to fight and dedicate their lives to the ‘caliphate’.