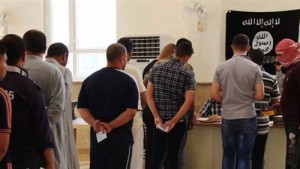 “The ISIL terrorists, who are trapped inside the city of Fallujah by Iraqi army and Hashed al-Shaabi forces, have prevented the residents from leaving the city and imposed payments of two thousand dollars for each person as a condition to leave the city,” the sources said.

“The ISIL terrorists are living in a state of weakness and refraction after cutting all main supply lines in Fallujah,” the sources added.

The Iraqi security forces are engaged in fierce battles, since last year, against the ISIL in different province of Iraq.