You are here: Home / Mediterranean / Islamic State has its eyes on Libyan oil 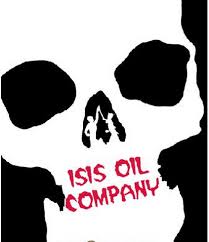 As the Libyan branch of Daesh/ISIS is attacking one of Libya’s – and Africa’s – largest oil reserves and key oilfields, questions have arisen about the group’s capabilities. The militant extremists recently attacked Al-Sidra, one of Libya’s main ports for exporting oil, killing one of the security guards; one of the terrorists was also killed. The attack was the group’s second on the oilfield, indicating its strategic value for the militants, who are primarily active in Iraq and Syria.

As the UN continues to try to negotiate an agreement over a national unity government in Libya, the country’s security vacuum enables groups like Daesh/ISIS, as well as criminal networks like human traffickers, to grow more or less without restraint. Daesh has been able to establish a base in Sirte, after emerging in 2014 in the conservative eastern city of Derna, from where it was later forced out by the extremist Islamist group Ansar Al-Sharia, which now controls the city. A Libyan official, who agreed to speak on the condition of anonymity, estimates that Daesh now controls about 90 per cent of Sirte but doesn’t seem to be in the process of expanding. It is instead focusing on gaining a stronghold in the coastal city, the birthplace of former leader Muammar Gaddafi.

However, this is not the first assault on the country’s oilfields. In March, there was an attack on Al-Ghani, south-east of Tripoli, resulting in the kidnapping of nine oil workers. Daesh/ISIS also attacked Al-Sidra earlier this year and there is likely to be another attack soon, claimed the official. The group has already threatened that another attack is being planned. “It would be a disaster,” he commented. “If Daesh is able to take over the oilfield it would have no problem about controlling the port to the east of Sirte.”

It has been four years since the overthrow and killing of Gaddafi spurred the oil-rich nation into a conflict between two rival governments and armed groups. The internationally-recognised government and the elected House of Representatives is situated in the country’s eastern part, while in the West of the country, Tripoli has been under the control of Libya Dawn, an Islamist coalition, which reinstated the General National Congress (GNC), which it recognises as the only legitimate governing body. It is not just the political situation that is split into two rival sides, though, for there are now also two competing state oil companies.

In addition, the war has brought faltering levels of oil production. Violence has forced some of the oilfields, including Al-Sidra and Ras Lanuf, to close down production. The output is now estimated at around 300,000 barrels per day, reported Naji Moghrab, the top state oil official with the recognised government, on local television last week. He blamed the collapse in production on the ongoing violence and the closure of 50,000 kilometres of pipelines. Due to the insecurity, Africa’s largest oil reserves holder has dropped its production from about 1.6 million barrels a day during the Gaddafi era, when Libyan oil was exported primarily to Italy, Spain, France and Germany. Together with natural gas, oil revenues made up around 96 per cent of the government’s income.

Confiscating oilfields and gaining control over oil-rich areas such as Deir Ezzor is a strategy used by Daesh/ISIS in Syria, where the group’s oil production has been estimated at 44,000 barrels per day, resulting in a net daily revenue of up to $4 million. However, according to David Butter, an expert on Middle East energy and economics at Britain’s Chatham House, the exploitation of oilfields should not be considered as a central strategy of the movement. “ISIS is simply being opportunistic,” he argued.

In order for Daesh/ISIS to make a profit from confiscating an oilfield it also needs to take control of an oil terminal and find willing buyers, added Butter. “Thus, it doesn’t seem like it will be doing more than holding the oilfield hostage.”

In Syria some of the problems faced by Daesh/ISIS include small, badly-maintained and rapidly declining oilfields. In Libya, the oilfields are bigger but they are not well maintained and therefore require technical skill that the group does not necessarily possess. Libya also has a geographical disadvantage, in that in order to generate revenue the group would need to export the oil on tankers. According to the Libyan official, though, it is difficult to foresee the capacity of Daesh/ISIS, what skills and network its personnel may possess or what its strategy will be. What is clear, he concluded, is that the group is aiming to take over the oilfield and all risks must therefore be taken into account.