You are here: Home / Mediterranean / Islamic State has interest in Tunisia’s democracy failing 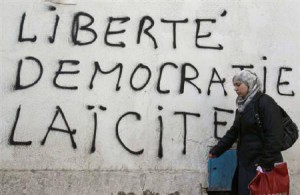 Friday saw three horrific terrorist attacks; two of the work of Islamic State and the third almost certainly finding some inspiration in the group’s gruesome achievements. We have heard the moving testimony of survivors and victims. Now, how to make sense of them?

All of the attacks raise new questions and push the grisly story of IS forwards a little further. Of the three, the implications of the Tunisian attack are perhaps the easiest to read – though not the easiest to counter. Attacking tourists is a relatively rare, but tried-and-tested method for jihadist groups, for reasons that are not hard to understand. They strike at the economies of “apostate” regimes; at the hearts, minds and – of course – the bodies of foreign “unbelievers”, and they galvanise the hard-line support base.

Historically, these attacks have tended to backfire by alienating the wider public of the countries targeted, in a way that has sometimes taken group-thinking radicals by surprise. But IS may well care much less about this than previous groups that have carried out similar assaults – the obvious precedent being the 1997 attack on tourists at a site near Luxor, Egypt. That group, al-Gama’a al-Islamiyya, hoped to trigger revolution and seize the state. IS hopes to knock it down and start from scratch

Tunisia is tragically vulnerable to such a project. Alone among the children of the Arab Spring, it is finding its feet as a democracy, struggling to demonstrate an economic dividend of freedom. Its open democratic system and sometimes noisy transition has created a limited but important space for hard-line salafist groups and jihadist volunteer fighters. IS also has an interest in seeing Tunisia’s experiment with democracy fail.

The attack by apparently lone radical Yassin Sali in Grenoble, following the attack on the Paris office of magazine Charlie Hebdo will underscore the idea that “home-grown” jihadism is a threat to France and other European countries.

The attack is also alarming in so far as it apparently represents a relatively rare example of an attack on “critical infrastructure” as well as human targets. Attacks of this kind have long featured in the lists of targets suggested by ideologues but are not well represented in the actual record of “self-starter” jihadist attacks. Overall, however, it does not at present seem to signify a dramatic escalation of threat, so much as its continuation.

The suicide bombing at the al-Imam al-Sadeq mosque in Kuwait has attracted less coverage. However, of the three attacks it is the most unprecedented and probably the most worrying. Up to now, the small Gulf monarchies have been remarkably free from attacks by jihadist groups – perhaps because wealthy individuals within them are widely thought to be a significant source of funding. If such an unspoken truce once existed, it apparently doesn’t any more.

The context of the attack on Kuwait seems not so much a reprisal of Saddam Hussein’s 1990 invasion of the country as an assault from the opposite direction. Responsibility for the attack was claimed not just by IS, but by its Najd province – Najd being the traditional heartland and tribal support base of Saudi Arabia. As such, the attack looks like it aspires to reignite ancient grievances and rivalries.

At stake in what happens now in Tunisia is a big idea – that democracy and freedom can flourish in the Arab Middle East. But if we are concerned for the stability of the region in a more practical and immediate sense, then what happens now in Kuwait (which ranks among the more successfully democratic Arab countries) is every bit as important to keep our eyes on.