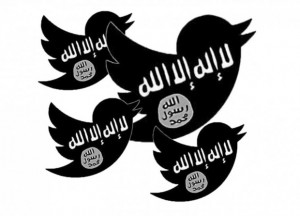 Thousands of Twitter accounts were reportedly hacked by the Islamic State group on Sunday night, in what members said was revenge for the killing of one of their leading hackers earlier this year by a US drone in Syria.

The hacking team, which called itself the Cyber Caliphate, posted its propaganda through 54,000 infiltrated accounts. The apparent mobile numbers of the CIA, FBI and NSA chiefs were also posted, as the group said that it would take years to post all of the seized information.

The cyber-attack was an apparent tribute to Junaid Hussain, a British national from Birmingham who joined IS in Syria and urged fellow members to infiltrate social media accounts to spread the group’s rhetoric. Hussain was killed in August by a US drone attack.

In early September, Prime Minister David Cameron revealed that the UK government had been involved in the attack that killed Hussain with seeking the approval of parliament.

This past January, IS hacked into the US Pentagon’s Twitter account, but the group’s cyber attacks have been muted since Hussain’s death.

Following Sunday’s attack, the group tweeted out from one of its accounts, “We need years to publish what we have” as well as “We will raise our flag in the heart of Europe”.

Twitter consequently suspended the account with a spokeperson saying that publishing private information by another person or group was “a violation of the rules of tweeting”.

“Users cannot [use Twitter to] threaten or incite violence, which includes promoting terrorism,” the spokesperson said.

“It is very worrying that terrorists are gathering data in this way,” McDowell was quoted as saying in the Sunday Express.