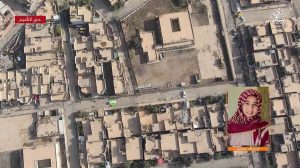 Islamic State jihadis are forcing children and disabled people into explosives-laden trucks and making them drive at Iraqi security forces in Mosul, a general from the U.S.-led coalition has said, according to japantimes.co.jp.

The barbaric tactic, coupled with other increasingly desperate battlefield measures, is a sign the IS group knows defeat is inevitable, officials say.

The jihadis have used exploding trucks, known in military circles as VBIEDs — vehicle-borne improvised explosive devices — and pronounced “Vee-Bids,” to devastating effect in numerous engagements during the Mosul offensive and elsewhere in Iraq.

Speaking to AFP and other reporters in Baghdad this week, U.S. Air Force Brigadier General Matt Isler said the IS group had adopted coercive new techniques in its use of suicide car bombs because the jihadis appear to be running out of willing drivers.

“We saw people being led to a VBIED, being put in (it) and being chained in the VBIED,” he said. 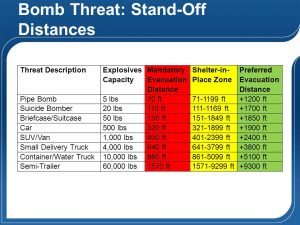 “We’ve seen children put in VBIEDs as drivers, people that aren’t able to walk. … I don’t know if they signed up for this service.”

The coalition has often seen VBIEDs depart on missions, only for their drivers to veer off course and attempt to hide behind structures.

“We see a VBIED going to its attack, going off and hiding,” Isler said.

“We see a party going to find the AWOL VBIED driver, we see (IS) command and control trying to figure out where their VBIED driver’s gone, we’ve seen multiple VBIED drivers going AWOL.”

The operation to free Iraq’s second-largest city from IS control began in October. After clearing the east side, Iraqi forces on Sunday launched an operation aimed at flushing the jihadis from Mosul’s west bank.

On Thursday, they thrust into Mosul airport on the southern edge of the IS stronghold for the first time since the jihadis overran the region in 2014.

Iraqi troops backed by jets, helicopter gunships and drones blitzed their way across open areas south of Mosul before entering the airport compound. Although they apparently met limited resistance, they strafed the area for suspected snipers.

As its fighters are killed off and it loses ground, the IS group has developed new ways to counter-strike, including by steering hobby drones fitted with grenades and bombs at troops and civilians.

The buzz of the small, pilotless aircraft now puts soldiers on guard, but their impact has been limited.

“It has a harassing effect, but it’s not a game changer,” New Zealand Brigadier Hugh McAslan said.

The coalition officers said the most the IS group can hope to do now is fight “delaying actions” ahead of losing Mosul.