You are here: Home / MidEastGulf / Islamic State forces women to stay indoors during Ramadan in Mosul 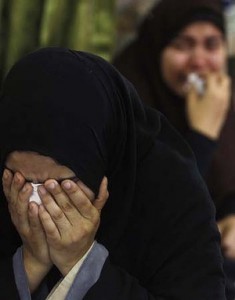 The ISIS in the state of Nineveh in northern Iraq issued Wednesday a new list of instructions described as “taboos for women in the month of Ramadan”, local activists reported.

According to the group’s new regulations, women won’t be allowed to leave their houses before Iftar time under any circumstances, vowing violators of severe penalties.

Abu Rakan, a civil rights activist based in Mosul, said: “The group has banned women from leaving their homes before the Iftar in the month of Ramadan. Women’s movement during Ramadan will only be possible in the evening on condition of being accompanied by a Muharram (an adult male from the family).”

Abu Rakan added that IS militants notified shopkeepers in the city to close their shops in the last ten days of Ramadan, exempting stores that supply food and basic needs, as well as pharmacies and bakeries.

Regarding the living conditions in the city, the same source reported that the situation has deteriorated in the recent weeks after the terrorist group closed highways between Mosul and other Iraqi cities, which prevented the entry of goods causing a shortage of basic supplies.