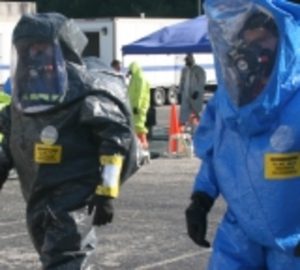 U.S. officials are working to protect the continental U.S. from possible chemical attack by ISIS followers in the Mideast, who are plotting to bring chlorine or other “simple” weapons of mass destruction to America’s shores, U.S. officials told to thecipherbrief.com.

The U.S. has intercepted “chatter” by ISIS followers who were discussing how to engineer deadly chlorine and similar attacks used in Syria and launch them in the United States, one official said, speaking anonymously to discuss the sensitive matter. There was no specific plot, but rather an aspiration that U.S. counterterrorism officials are working to block.

“We are working on a real world threat related to ISIS in the WMD [weapons of mass destruction] space that is really an export of something happening in the Middle East that is causing us to devote thousands of dollars in very near-term funding,” Carlson said, speaking at the National Defense Industrial Association’s Special Operations and Low Intensity Conflict conference in Crystal City, Va., Wednesday.

“We’re putting capabilities out in the field right now to counter this threat that 6 months ago, we probably never would have thought of happening. I can’t get into the details right now. It’ll come out shortly,” added the officer, who is director of strategy, plans and policy in DHS’s Counter WMD office.

He said the White House had “principal committee- level meetings with senior cabinet officials” on the issue.

“The bottom line is…the threat is real,” he said to the audience of current and former special operations forces.

“ISIS and other terrorist groups continue to explore novel attack methods, including chemical weapons,” another U.S. official told The Cipher Brief, downplaying the remarks. “We saw that with the terror plot disrupted last August in Australia when ISIS operatives allegedly tried to fabricate an improvised chemical dispersal device to attack civilians,” he said, also speaking anonymously because he was not authorized to speak publicly.

“But we are a step ahead of them. We’ve taken steps to make it much harder for terrorists to threaten the transportation sector, including through seen and unseen security enhancements,” including measures to defend against chemical weapons threats, he said.

The White House declined to comment and the Department of Homeland Security did not respond to requests for comment at the time of publication.  An NSC official would only say that the Trump White House was “constantly monitoring and evolving the response” to the WMD threat.

The intelligence community’s 2018 Worldwide Threat Assessment states that ISIS uses “chemicals as a means of warfare” in Syria, and continues to present the leading terror threat to the United States, together with al Qaida.