You are here: Home / Mediterranean / Islamic State fleeing Middle East for Libya, the ‘gateway’ to Egypt and Tunisia terrorism 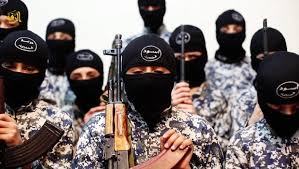 The Islamic State group is looking to expand its global terror efforts deeper in Africa, according to a new report. While the militants have already established a presence in both East and West Africa, it is now looking to the North amid reports it continues to be pushed from it Middle East strongholds.

ISIS’ primary target? Libya, which is a “strategic gateway” to other Northern Africa locations that are growing hotbeds for the terror group’s operations and recruiting efforts. An Islamic State supporter penned an essay saying in part that Libya is “the key to Egypt, the key to Tunisia, Sudan, Mali, Algeria and Niger too,” the Daily Beast reported Tuesday.

That assertion has been backed up by recent ISIS activity but primarily in Libya but also across other areas across the continent’s north.

At least three civilians were killed in Benghazi after Islamic State militants were blamed for launching several rockets in the center of the city Tuesday, News of Africa reported. The location targeted is just a few miles from ISIS-controlled territory.

Those deaths were reported less than a week after nearly two dozen U.S. airstrikes devastated the Libyan city of Sirte, where ISIS “enemy fighting positions” had been reported, according toNews 24.

Elsewhere in North Africa, ISIS-affiliated fighters in Egypt ambushed a group of policemen this past Saturday, killing five of them in the latest Islamic State group attack in the country. In that instance, the group Ansar Beit el-Maqdes claimed responsibility. Other authority figures in Egypt targeted by ISIS and its affiliates include judges and members of the national military, NDTV reported.

But it’s in Tunisia where local officials have expressed serious concern over the spread of ISIS, as the country has proven to be fertile ground for Islamic State recruits. About 1,000 Tunisians are estimated to be fighting for ISIS in Libya, Al Arabiya reported last month. Other reports say the number could be as high as 3,000 Tunisians.

“The war against terrorism is an all-encompassing one. If we confront terrorism only on the security or military fronts, we lose the war,” Tunisia Defense Minister Farhat Horchani said during a security conference in Paris before using another term to reference ISIS. “We must instill in young people that Islam is not this… If not, within a couple years we will have a monster more dangerous than Daesh.”

Tunisia itself has also been a target of the Islamic State group, which attacked a luxury beach resort near the capital city of Tunis during the summer of 2015. At least 40 people were killed in that instance, including British tourists on vacation that at the time was called the country’s worst terror attack.

Most recently, a suspected ISIS terror cell in Morocco made up of all women was arrested after authorities caught wind of an impending suicide bombing there. The arrests shined a spotlight on another area of concern for the Islamic State’s terror strategies: using women as suicide bombers.

Multiple suspected ISIS fighters were arrested in Morocco almost a year ago after it was announced the ringleader behind the November 2015 Paris terror attacks launched by ISIS was from the North African country. The arrests came after officials there had just recently foiled a terrorism plot.

The recent spate of Islamic State activity in North Africa harkens back to two years ago when 21 Egyptians Christians were kidnapped and beheaded on a beach. ISIS would later produce a video of the gruesome mass executions, which is suspected of having been filmed on the Mediterranean coast of Libya.