You are here: Home / Senza categoria / Islamic State fighters are coming back to Canada 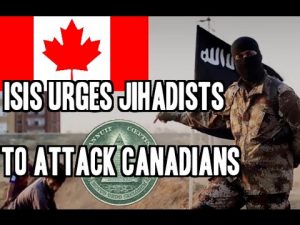 As the Islamic State (ISIS) continues to lose ground in Syria and Iraq, a new report has found more than 5,000 supporters of the terrorist group have returned to their home countries.

An estimated five dozen people have come back to Canada alone, like reported by globalnews.ca.

The recent report from the Soufan Center, a U.S.-based non-profit organization, said 33 countries have reported arrivals of at least 5,600 people. And those returns represent a “huge challenge for security and law enforcement entities.”

The report said that foreign ISIS fighters who are returning from the field have proven a more “manageable problem than initially anticipated.”

But a terrorist threat nevertheless remains in the form of ISIS supporters who didn’t go to to the front — and it’s one that “will remain real for many years to come,” whether influenced by returnees or not, the report added.

It is estimated that 180 Canadian residents either went to Syria or Iraq as foreign fighters, were stopped on the way, or remained there and kept fighting.

Out of that number, 60 are estimated to have returned, while 90 remain abroad, as of January 2017.

And now the Great White North, like many other countries, is facing the arrival of individuals who may be vulnerable or dejected, and who may be targeted by people who contact them with the aim of maintaining ISIS influence abroad, the report said.

“It is highly likely that even as the territorial caliphate shrinks and is increasingly denied an overt presence, its leadership will look to supporters overseas, including returnees, to keep the brand alive,” the report said.

The returns come as ISIS has lost serious ground in its mission to establish a caliphate.

The organization proclaimed a caliphate in June 2014, attracting thousands of jihadists from across the world.

The group then conducted or inspired around 143 terrorist attacks in 29 countries, causing the death of over 2,000 people and injuring many more, according to the report.

But in the last year, the group lost several key battles in Iraq and Syria. Last week, a U.S.-backed alliance of Syrian Kurdish fighters said they had taken full control of Raqqa, ISIS’ de facto capital.

The loss of territory is driving ISIS to intensify its campaign of terrorist attacks abroad.

In the past, ISIS has staged or inspired attacks in numerous countries — and a number of them have been attributed to people who weren’t confirmed ISIS members, or who hadn’t gone to fight.

In 2014, Canada bore witness to two attacks that ISIS claimed to have inspired.

On Oct. 20, 2014, Martin Couture-Rouleau drove a car into and killed Warrant Officer Patrice Vincent in the parking lot of a shopping mall in Saint-Jean-sur-Richelieu, Que. Another soldier was hit, but survived.

At the time, ISIS took credit for inspiring those attacks in an issue of Dabiq, a propaganda magazine, The National Post reported.

There are two groups of people who are not ISIS returnees who could present a threat outside the battle lines.

One is individuals who were stopped on their way to Iraq or Syria. It’s a group that poses a “particular problem” because they became frustrated after they were fired up to join the caliphate.

“A sense of failure and resentment towards the authorities may increase the likelihood that they will seek other ways to achieve their objectives,” the report said.

It noted that one of the people involved in the attacks on the offices of the Charlie Hebdo magazine in Paris had been prevented from travelling to Syria.

“ISIS’ ideology is still all over the world,” Phil Gurski, a former CSIS analyst and current president of Borealis Threat and Risk Consulting said.

Graham Fuller, an adjunct professor at SFU who served as CIA chief in Kabul from 1975 in 1978, told Global News that the appeal of a caliphate has likely died off with ISIS’ decline.

“I think the idea of resuscitating an Islamic State or caliphate is pretty well by the boards,” he said.

As for foreign fighters returning from Syria and Iraq, Fuller said they’re likely to come back “disillusioned and mainly concerned with their own safety and their own future,” more than they’re worried about posing a threat.

Nevertheless, he said there’s a possibility that some will return to violence when they come home.

“I don’t think many of these people do constitute a threat,” Fuller said.

“But how many does it take?”