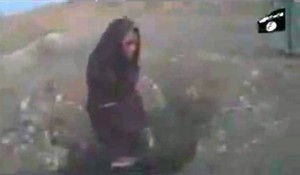 The Iraqi Journalists Syndicate (IJS) reported the execution by the Islamic State, or ISIS, of a  journalist in the occupied city of Mosul.

According to the IJS, Islamic State fighters executed Suha Ahmed Radi in Mosul  after days in extremists’ captivity. ISIS fighters reportedly raided her home located in the east of Mosul and detained her. After she was killed, her body was reportedly handed over to her relatives.

The jihadist group has been known to execute journalists in the areas of Iraq under ISIS control.

Radi worked as a reporter for a Mosul newspaper. It is unknown how long she was in ISIS captivity.

IJS said the sharia court of the Islamic State charged Radi with spying and she was sentenced to death in the Al-Daki neighborhood in the west of Mosul. There was no information about how she was executed.

According to the syndicate, 14 journalists have been executed in Mosul since ISIS took over the city in June 2014.