You are here: Home / MidEastGulf / Islamic State executes own militants for attempted escape 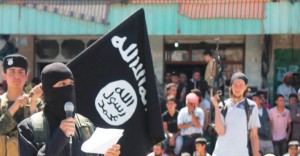 The Islamic State (ISIS) executed two of its own militants on charges of “high treason.” Activists and eyewitnesses reported that the executions took place on Thursday in Syria’s eastern Deir ez-Zor city.

ISIS detained two members of its Islamic Police, also known as Diwan al-Hisba, after they left their post without permission.

Firas al-Ahmed, a local media activist, told ARA News: “They tried to escape Deir ez-Zor, but the group was able to arrest them near the southern exit of the city.” An ISIS-controlled Sharia court decided to execute them.

“The two Hisba members were executed by firing squad in the Sabha District,” al-Ahmed reported. He added that hundreds of people witnessed the execution.

In July, ISIS executed six of its own militants on charges of “treason,” after accusing them of leaking security information to the US-led coalition. Local sources told ARA News at the time that the executed men were members of the al-Hisba police in the city of Mosul, in Iraq’s northwestern Nineveh Governorate.

“After interrogation, the Mosul Sharia Court issued a decision to publicly execute the six suspects,” al-Malla reported. “The six jihadists were beheaded in front of dozens of ISIS officials in central Mosul.”