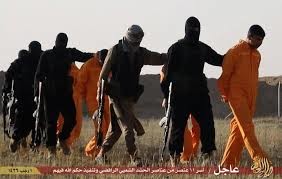 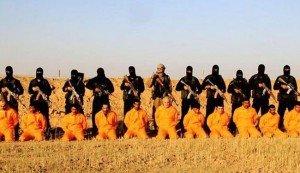 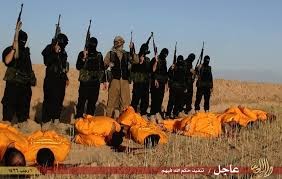 On Tuesday, the ISIS group executed 11 al-Hashd al-Sha’bi fighters in Salahuddin province, according to photos circulated by website concerned with extremists news.

The photos were published under the title “Implementing Allah’s rule against 11 volunteer fighters” in reference to al-Hashd al-Sha’bi militia, which are fighting alongside the security forces to retake areas seized by ISIS in June last year.

The photos show the 11 detainees on their knees, while one of the photos showed the prisoners lying to the ground with blood on their heads.

The Iraqi authorities resorted to al-Hashd al-Sha’bi militia fighters after the collapse of a number of its security sectors in June, which allowed ISIS to control large areas in the north and west.