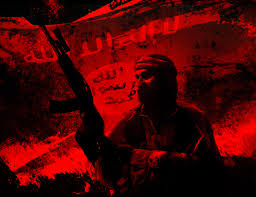 ISIS has created a new elite cell of jihadis to plan and carry out attacks on the west, a terror expert has claimed. Though its so-called caliphate was reduced to rubble by US-backed Kurdish forces at the end of 2017, the evil group has enjoyed a resurgence in recent years, like reported by dailystar.co.uk.

Last year, the UN warned that ISIS was beginning to reassert itself in Iraq and Syria as it drew on vast cash reserves.

Its new leader Amir Mohammed Abdul Rahman al-Mawli al-Salbi has also overseen a mass recruitment drive, with the terrorists feared to have 7,000-10,000 fighters at their disposal.

He said: “What they are doing now, they are not talking about the caliphate – they are building one in silence.

“I would not discount any numbers that are being put out there. In the world of counter-insurgency, you’ve got to take every number and double it. Overrate your enemy and let them be weak rather than underestimate them.”

Despite ISIS’ apparent expansion, its new leader has remained relatively quiet and has hardly been named in any of the group’s propaganda.

Mr Otto believes it is part of the terror group’s new strategy to avoid assassinations like Abu Bakr al-Baghdadi’s.

He continued: “I think what is happening now is a leadership that is working underground and not saying much to the external world.

“They’re making contacts internally, so it’s an intra communication strategy where information is passed or handed over to the internal ISIS leadership structure – and none of that is being shared as coming directly from the leader.

“The reason being, once the leader becomes very vocal he’s going to become a legitimate target.”

A raft of high-ranking ISIS members who planned attacks in Europe were wiped out as the terror group’s numbers were reduced.

However, Mr Otto believes that a new unit will now exist.

He said: “They always replace any strategic leadership. There is a clear line of succession each time a jihadist leader is killed irrespective of which department they operate in – whether be it operations, logistics, supplies or maybe propaganda – they will be replaced by someone else or by the deputy.”

In January, ISIS claimed responsibility for a double suicide bombing in Iraqi capital Baghdad that killed at least 32 people.

Last November, Islamist extremists with links to the group beheaded more than 50 people in Mozambique after turning a football pitch into an “execution ground”.

It was downgraded to “substantial” in February this year.

However, Home Secretary Priti Patel said: “Terrorism remains one of the most direct and immediate risks to our national security.”