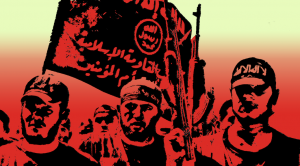 With a war chest possibly consisting of upward of $100 million, Islamic State (ISIS) will maintain the ability to consistently seed new ventures and enhance existing ones, particularly those displaying progress. The international community will need to pay close attention to see where the Islamic State is funding new affiliates, and where already existing branches or provinces are displaying improved skills and capabilities in an effort to blunt the impact of what has been, at least to date, a highly effective approach to keeping the “caliphate” alive. Writes Colin P. Clarke, like reported by weeklyblitz.net.

Even with its physical “caliphate” in Iraq and Syria in tatters, the Islamic State is still managing to wage a global insurgency, maintaining an operational presence in at least 20 separate countries. The organization’s global diffusion recently led a group of leading terrorism experts to describe ISIS as an “adhocracy,” better understood as a group of “structurally fluid organizations in which ‘interacting project teams’ work towards a shared purpose and/or identity.” By maintaining this structure, the group’s leaders seek to harness the benefits of a transnational network spanning multiple regions and continents.

“All politics is local,” as the famous saying goes. But in the 21st century, all conflict is global, and organizations like ISIS are well-positioned to leverage the capabilities of its affiliates worldwide.

Another way to think about the Islamic State is as a venture capital firm. It is the investor that provides much-needed resources to the affiliates—or “provinces,” in the organization’s lingo—with the best potential for a high rate of return. ISIS then gains an “equity stake” and can tout the success and momentum of its new startups. Armed groups that are sponsored by ISIS central in this way reap the benefits its operational and organizational capabilities, including financing, training, weapons, propaganda support and strategic direction.

Nowhere has this venture capitalist approach been more successful than in sub-Saharan Africa. A United Nations report from last year identified the Islamic State’s affiliate in Somalia as the “command center” for a “triad” of jihadist organization in the Democratic Republic of Congo and Mozambique, thereby linking its operations in East, Southern and Central Africa. The conditions in the region—generally characterized by weak security forces, porous borders and high availability of small arms and light weapons—make it relatively easy to improve the capabilities of armed groups. What this means is that even a modest investment by ISIS can serve as a force multiplier for some jihadist groups and have an outsized impact on the battlefield. At the same time, ISIS involvement inevitably transforms the character and nature of affiliates, as evidenced by the beheadings committed by the Islamic State’s Central Africa Province, which mirror ISIS core’s brutal calling card.

Sub-Saharan Africa has long been in the crosshairs of groups waging global jihad. And with other areas of the world receiving the lion’s share of attention from Western counterterrorism forces, both al-Qaida and ISIS have taken advantage of the opportunity to grow their presence in the region. Of the 10 countries with the most significant increase in terrorist attacks last year, seven were in sub-Saharan Africa, including Mozambique, Mali and Congo, where affiliates of both al-Qaida and ISIS remain active. Jacob Zenn, a scholar of African jihadist groups, has highlighted the importance of sub-Saharan Africa as a region where ISIS can achieve “breakout capacity,” or the ability to generate and maintain a high operational tempo of attacks. ISIS provinces in West Africa and Central Africa respectively have the potential to conquer and hold territory in the Sahel and along the continent’s southeastern Swahili coast, in a manner similar to what ISIS core was able to achieve in Iraq and Syria during its peak. The Islamic State’s shifting attention to sub-Saharan Africa should be seen as part of a deliberate strategy in a region where it is far easier to work across borders than in other parts of the world.

Throughout this process, what were once perhaps purely local groups can take on a transnational dimension to varying degrees. Even as they remain primarily driven by parochial concerns and grievances, ISIS affiliates can evolve to become more global in nature. Several African jihadist groups have noticeably changed the way they fight after becoming ISIS affiliates, in some cases involving both tactical improvement and strategic evolution. These groups are now capable of launching more complex operations and are featured more prominently in ISIS propaganda.

The Islamic State Central Africa Province, or ISCAP—also known locally by other names, including Ahlu Sunna Wa-Jama, Ansar al-Sunna and al-Shabab—has transformed considerably since it was formally recognized by ISIS in April 2019. Around the beginning of 2020, insurgents in Mozambique began operating in larger units and staging more sophisticated attacks against higher-profile targets, like district capitals. Some recent evidence suggests ISCAP is now focusing more on winning the hearts and minds of the local population in northern Mozambique. A series of attacks in March 2020 saw insurgents deliberately avoiding civilian casualties and distributing war booty—stolen food, medicine and fuel—to local residents.

In a sign of ISCAP’s growing strength in Mozambique, its fighters seized the port city of Mocimboa de Praia—a strategic target—in August 2020. Two months later, ISCAP fighters launched cross-border attacks from northern Mozambique into southern Tanzania. The devastating attack on the town of Palma in March, which killed dozens of people, had some of the hallmarks of classic ISIS attacks, included the beheading of foreigners and the targeting of Western economic interests. It forced the suspension of French oil giant Total’s $20 billion liquefied natural gas project and related offshore exploration activities near Palma.

ISIS has provided training and funding to ISCAP and a recent report in the Wall Street Journal suggests that “battle hardened Arab Muslim volunteers” are embedded in units in both Mozambique and Congo. Indeed, the events of the past two years suggest that, as Tomasz Rolbiecki, Pieter Van Ostaeyen and Charlie Winter recently pointed out, the Islamic State’s African affiliates are “no longer a sideshow to its operational core in Syria and Iraq.” In fact, ISIS core is “dependent now more than ever on the military activities of its affiliates” on the continent.

With a war chest possibly consisting of upward of $100 million, ISIS will maintain the ability to consistently seed new ventures and enhance existing ones, particularly those displaying progress. The international community will need to pay close attention to see where the Islamic State is funding new affiliates, and where already existing branches or provinces are displaying improved skills and capabilities in an effort to blunt the impact of what has been, at least to date, a highly effective approach to keeping the “caliphate” alive.