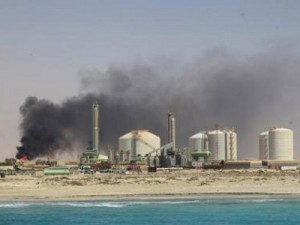 No official was available to confirm the attack or details of how close the fighting was to the port. But Islamic State tried to attack Es Sider once before in October last year, setting of a car bomb and raiding a perimeter gate.

Es Sider and nearby Ras Lanuf oil ports have been closed for more than a year after fighting between rival factions for control of the country, where Islamic State has gained ground in the turmoil since the 2011 fall of Muammar Gaddafi.

Islamic State controls the city of Sirte and has slowly expanded its presence in the North Africa state. Its fighters have attacked several oilfields in the south of Libya, but it has so far not managed to control any oil installations as it has done in Syria.