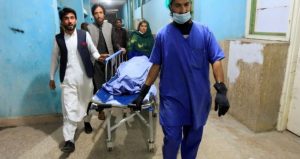 Three women working for a local news outlet were gunned down in eastern Afghanistan. The women, two aged 20 and one aged 25, were returning home on Tuesday evening from their jobs at Enikass Radio and TV in Jalalabad, The New York Times reported.

They were killed in two separate attacks. A fourth woman was injured in one of the attacks.