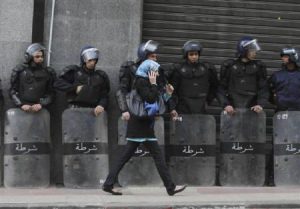 “An operation of martyrdom using an explosive in a bag by an Islamic State fighter yesterday targeted an Algerian police station in the Constantine city centre,” AMAQ said.

The militant was shot before he could enter the station, state news reported.