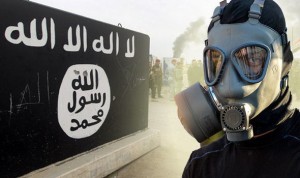 An Islamic State militant, the group’s chlorine bombs expert, was killed mysteriously in western Mosul as the group builds up defenses anticipating a security offensive, like reported by iraqinews.com.

Reports quoted a local source in Nineveh as saying that the so-nicknamed Abu Yaha al-Iraqi, 44, was killed near his residence in Islah al-Zeraie district in “mysterious circumstances”. He was referred to as the “engineer” of the group’s chlorine bombs.

“Al-Iraqi’s family had disappeared before his death,” the source said, noting that the fact adds to the mystery around his killers. The group was unmoved by his death, which makes it possible that its members were the perpetrators, as he put it.

IS lost the eastern section of Mosul to Iraqi government forces on January 24th after three months of battles that left at least 3000 of its fighters dead.

Since security operations launched to retake Mosul, Iraq’s second largest city and IS’s largest stronghold, the group has been ravaged with both combat losses and internal divisions. There had been several reports of infighting and assassinations of senior group figures, while others told of executions of delinquent fighters.

Iraqi forces are awaiting higher orders to carry on with an invasion of the group’s strongholds in the west.