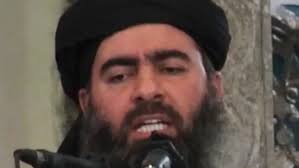 Islamic State leader Abu Bakr al-Baghdadi, one of the world’s most wanted men, is counting on veteran jihadis and former Iraqi army officers who form the core of the militant movement to take over if he is killed.

New questions arose over Islamic State‘s leadership structure and who might succeed Baghdadi after Iraq’s military said on Sunday air strikes had hit a convoy carrying him, though Iraqi security officials later denied this.

Baghdadi, who rarely appears in public and delivers few audio speeches, makes the vast majority of decisions, including which of the group’s enemies should be killed.

His approval is needed even for decisions taken by the five-member Shura Council, which runs Islamic State and will elect a new a new leader if Baghdadi is killed, and he rules over a decentralized network of emirs in the field who run the everyday activities of the caliphate he has declared.

Baghdadi does, however, lean on a small circle of senior Islamic State aides such as Abu Mohammad al-Adnani, the group’s official spokesman, as he pursues a mission which his fighters describe as “part of God’s path to create a strong IslamicState that will rule the world.”

Born in 1977 in Idlib, Syria, Adnani has delivered Islamic State‘s main messages, including its declaration of a caliphate, which was distributed in five languages.

The most important operatives include Abu Muslim al-Turkmani, a former general and military intelligence officer under Saddam Hussein who can provide Islamic State fighters with training and direction.

Baghdadi is also said by followers to rely heavily on Abu Omar al-Shishani, a senior commander in Syria. Born in 1986 in Georgia, which was then still part of the Soviet Union, he has a reputation as a great military mind and has long been at Baghdadi’s side.

Sunday’s air strike was at least the third attack on Baghdadi’s entourage.

Despite his power — and a $10 million US reward for information leading to his capture — little is known about a man who for his own survival has shunned the spotlight.

But it is clear he will go to all lengths to achieve his goals, as evidenced in Islamic State videos depicting the violent deaths of those who stand in its way.

Opponents have been beheaded, shot dead, blown up with fuses attached to their necks and drowned in cages lowered into swimming pools, with underwater cameras capturing their agony.

According to the US reward notice, which depicts a round-faced, brown-eyed man with closely cropped beard and short dark hair, Baghdadi was born in the Iraqi town of Samarra in 1971.

The United States, which is bombing Islamic State targets in Iraq and Syria, first came across Baghdadi in Iraq in 2004 when it detained him at the Camp Bucca. He was later released.

A follower of al Qaeda during the early years of the US occupation, he later branched out on his own, helping establish Islamic State.

When he seized tracts of Iraq and Syria and declared a so-called caliphate he hopes will span the Muslim world, he drew militants from around the globe to Islamic State, creating a diverse pool of fighters eager to rise up the jihadist ladder.

Baghdadi and his aides have thrown an already fractured Middle East deeper into turmoil and delivered a shock to global security on a scale not seen since the heyday of al Qaeda.

Baghdadi’s followers’ killings of Shi’ites on the Arabian Peninsula deepened divisions in the Muslim world and their brutality helped spur Russian military involvement in the region and worsen the most severe refugee crisis since World War Two.

Baghdadi has exploited conflict in Syria and Iraq to topple al Qaeda from its primacy in trans-national militancy, a huge loss of prestige for a group whose hijacked plane attacks killed nearly 3,000 people in New York’s World Trade Center, Washington and Pennsylvania.

The recruiting drum he beat was loud and clear: summoning followers to a pitiless jihad against Shi’ite heretics, Christian crusaders, Jewish infidels, and Kurdish atheists. He berated Arab despots for defiling the honor of Sunni Islam.

Islamic State became the first militant group to defeat an army when it swept through northern Iraq last year.

This year he set his sights on Saudi Arabia, birthplace of Islam, and his group launched an online magazine for Turks, who volunteered for his jihad in hundreds if not thousands.

Unlike al Qaeda, which focuses on hit-and-run attacks and bombings, Islamic Stateis more concerned with seizing and holding on to territory for the caliphate, acquiring tanks and weapons left by fleeing Iraqi soldiers along the way.

Baghdadi’s ambitions stretch far beyond the Middle East, where his men control large swathes of Iraq and Syria and rule over perhaps 10 million people. He has established a presence in Libya, enjoys support from militants in Egypt’s Sinai desert and his suicide bombers have attacked a variety of targets in war-

Baghdadi has opened the door to foreign fighters, mostly Europeans and Americans who have latched on to his call for holy war and are able to return home with their passports to stage attacks. He also accepted a pledge of allegiance from Nigerian Islamists Boko Haram.

Many young Islamists who were of school age at the time of the Sept. 11 2001 attacks on the United States now look for inspiration not to al Qaeda, whose leader, Ayman al-Zawahri, is in his mid-60s, but to Baghdadi, a generation younger.