Indonesians returning home after being lured to Iraq and Syria by promises of a better life appear in an anti-terrorism video describing the Islamic State caliphate as a “pit of lies” where fighters chase three things — power, money and women – like reported by radioaustralia.net.au 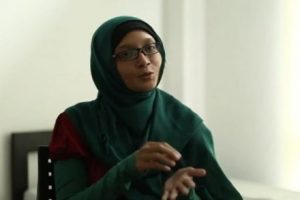 Indonesians returning from life in Islamic State’s rapidly-shrinking caliphate have described a horrific and brutal world — a “pit of lies” where fighters chased three things: power, money and women.

The Indonesians feature in a video released by the nation’s anti-terror body, the BNPT.

They are devout Muslims who say they were enticed to life in the IS caliphate by promises of a better life. The Indonesian Government says they did not go to fight — but to become willing citizens of what they thought was a holier place.

What they found was awful.

“Their promises are all empty,” one woman, Lasmiati, said.

“It’s tough there,” said another, Difansa.

“For people who haven’t gone there, be grateful for not falling into the crocodile’s lair, it’s a pit of lies.

“ISIS will be destroyed soon if God is willing.

“I believe ISIS will be destroyed soon, their purpose is not to enforce God’s words, God hates them.”

These are extraordinarily blunt comments from a group of people who were once IS’s most enthusiastic supporters.

They are deeply religious people brought up to believe an Islamic caliphate is the ideal place in which to live.

“Just because it’s a caliphate, it doesn’t mean all will be good,” one woman, Naila, said.

“I never thought it would be that bad after I entered Syria. When I arrived at the women’s dorm, their behaviour, oh my God, I can say it’s worse than animals.”

The returnees are not in custody in Indonesia because they have not broken local laws.

An estimated 800 Indonesians are thought to have travelled to Iraq and Syria to live in the caliphate.

Some, like Difansa, brought their children with them. She was shocked by the greed of the fighters.

“When it comes to women, it is very clear, I saw it myself. When me and my family arrived, the members of my family who were single were chased after.

“They call it jihad marriage, and for the people there, getting married is like a competition.

“They get married once, twice, until the fourth time then divorce again, married again. I don’t know how many times already — and it is facilitated by ISIS.

“Every person who marries a virgin gets money from ISIS.”

One man, Heru, described watching children kick a decapitated head around the streets.

“It was midday, I was wondering what was the crowd doing at the clocktower. When I got closer, I thought ‘ oh my God, they play with dead people'”.

Even religious study was a nightmare, Heru said.

“I was so stressed. We were afraid there. If we made mistakes we were hit,” he said.

“There were six of us Indonesians with one teacher. We took turns reading the Koran and when it was my friend’s turn to read there was a mistake.

“After repeatedly making the same mistake, the back of his head was hit. I was there, his ears were pulled and they screamed in his ear how the verse should be read.

Indonesian authorities hope the video serves to counter the messages of paradise and harmony delivered in IS’s slick online propaganda.