You are here: Home / Europe / Islamic State believed to ‘have sent more fighters to Europe’ 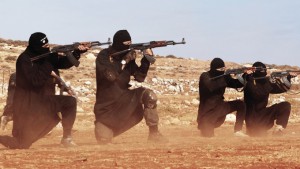 More Islamic State inspired militants are believed to have been sent to Belgium and Europe, Belgian authorities said.

The country’s threat status will remain at the second-highest level, which means an attack is possible and likely.

Belgium’s alert level was cut to three from the maximum of four just two days after the March 22 attacks which killed 32 people at the airport and on the metro in Brussels. It has remained at that level since.

“There are indications that Islamic State has sent fighters to Europe and Belgium, the threat level which is currently at three will not go down,” a spokesman of Belgium’s crisis centre said.

Prosecutors detained two men seen on security footage alongside the metro and airport suicide bombers on April 8, meaning all known Brussels bombings suspects are dead or in custody.