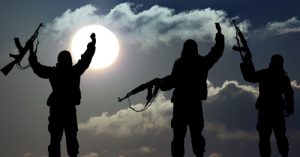 Islamic State militants in Syria and Iraq are beginning to withdraw in great numbers from Syria and Iraq to Egypt and other North African countries following a series of major defeats throughout the Levant which has seen them lose their core territorial base, like reported by almasdarnews.com.

Over the last several days, both Turkish and Kurdish media outlets and social media sources have begun reporting that Islamic State terrorists are making their way across Syria with the aim of reaching North Africa.

Naturally, both Turkish and Kurdish media blames the other side for this event.

Whilst there can be no doubt that ISIS fighters are being covertly assisted by outside powers and/ or other armed groups in Syria, who is responsible for this is no longer relevant at this point.

That both Turkish and Kurdish sources – inherently opposed on geopolitical matters and constantly trying to contradict the claims of one another – report that ISIS has begun such move most likely means that it is in fact taking place.

The reports coincide with an alleged statement by Islamic State leader Abu Bakr al-Baghdadi from about one week ago whereby he called on his fighters to gather in southern Libya and prepare to attack countries throughout North Africa in order to make up for Islamic State territorial losses in the Levant.

North Africa would appear to be the most logical regrouping point for Middle East-based ISIS militants who wish to continue fighting, considering its proximity to their current battlegrounds, the geopolitical climate of the region which is highly susceptible exploitation by non-state armed groups and the existence of long-standing underground infrastructures that can assist them getting there.