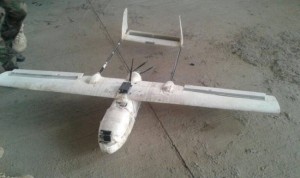 The Islamic State extremist group is using drones to drop bombs and explosives on the residents of the liberated areas in Mosul, the Telegragh reported.

“Until recently though there was little evidence they had developed their use further but a series of recent strikes has now confirmed that they have developed the capability to drop 40 millimeter grenades,” the report explained.

Civilians are an easy target for these attacks, especially in the recently liberated areas in Mosul, where eight persons were wounded due one of these attacks last week.

One of the wounded, Hussein, 14 year-old boy, said, “I was shopping with my family when a small plane belonging to the Islamic State dropped a grenade on us.”

Another wounded man also said that he saw the drone drop explosives, while Iraqi Special Forces medic Colonel Khalil Jawad said that this is the first time he has heard of the Islamic State dropping explosives from a drone.