You are here: Home / Mediterranean / Islamic State and Al Qaeda expand to Libya as extremism spreads in North Africa 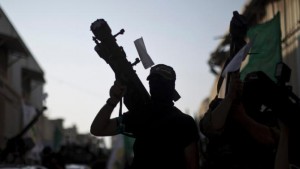 The Islamic State group and al Qaeda are aggressively expanding to the politically unstable North African country of Libya, according to a report Wednesday by a U.S.-based security consulting firm. Since dictator Moammar Gadhafi was overthrown in 2011, Libya has been a hotbed for civil war and extremism, with training facilities and recruitment drives springing up to support terror-driven conflicts in the Middle East.

“Given geography, expansive territory, extensive oil reserves and its history with violent jihadist networks, a failed state in Libya could be disastrous for North Africa and Europe as well as the broader international community,” said a report from Soufan, a New York City security group led by former FBI agent and 9/11 investigator Ali Soufan.

Libya has been in despair since Gadhafi was captured and killed five years ago as part of the Arab Spring revolutions that spread across North Africa and the Middle East.

The report said that despite the possible formation of a unity government and democratic elections, any new leader would immediately face “the monumental task of reuniting the country both socially and militarily,” which would be proven difficult in the country’s vast and ungoverned swathes of land along its huge unguarded borders.

Making matters more troublesome is the fight for Libya’s large oil reserves, the control of which has “allowed violent extremist groups such as the Islamic State and al Qaeda to thrive,” noted the report.

U.S. Secretary of State John Kerry said last week at the World Economic Forum in Davos, Switzerland, that Libya was among several countries where corrupt or incompetent leaders help fuel violence and chaos. Given lack of controls in nations like Libya, Syria and Iraq, terror groups have seized passports in order to create a fake I.D. industry that is facilitating terror goals in Europe, according to a Wall Street Journal report.