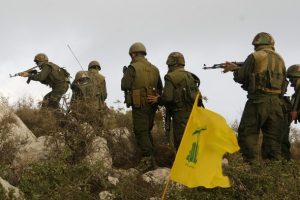 The so-called Islamic State (ISIS) carried out a big ambush against a large number of Hezbollah personnel in the Badiya region of eastern Syria, a Syrian military source told to almasdarnews.com.

According to the military source, the Islamic State forces attacked the large contingent of Syrian Hezbollah personnel while they were traveling through the Humaymah area in the western countryside of the Deir Ezzor Governorate.

As a result of this Islamic State attack, several Hezbollah personnel were killed, including a large number of fighters from the predominately Shi’i towns Al-Zahra’a and Nubl in northern Aleppo.

In response to this ISIS attack, Hezbollah and their allies from the Syrian Arab Army (SAA) and Islamic Revolutionary Guard Corps (IRGC) stepped up the intensity of their assault in the Badiya region, inflicting heavy damage on the terrorist group’s defenses in the Humaymah area.