You are here: Home / Senza categoria / Islamic State aims for the global skies 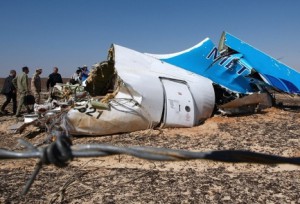 Even though Islamic State immediately said it downed the Russian passenger plane over Sinai, many around the world, primarily in Egypt, preferred not to believe it, because the implications would be so severe.

If American intelligence assessments are indeed correct, and the Russian Metrojet Airbus, with its 224 passengers and crew, crashed in Sinai on Saturday because a bomb planted on the aircraft was detonated by Islamic State or a group affiliated with it, this would mark the deadliest terrorist attack since the twin towers on Sept. 11, 2001. Without question, Islamic State has upped the ante.

Already on Saturday, the group claimed responsibility for the attack. Many around the globe, primarily in Egypt, preferred not to believe it, because the implications would be so severe. Although the investigation is still ongoing, it appears American intelligence agencies have managed to intercept the group’s internal communications, which point to its culpability in the crash.

Egypt and Russia are likely to respond harshly. First Egypt, as the bomb was planted on the plane in its territory, at the Sharm el-Sheikh‎ airport. Egyptian President Abdel-Fattah el-Sissi had hoped the crash was an accident, because a terrorist attack would be so damaging to a tourism industry just beginning to recover from the Tahrir Square revolution. Egypt is expected to toughen its war against Islamic State and other terrorist groups in the Sinai Peninsula, among them Ansar Beit al-Maqdis and al-Qaida, and concede that the area is a war zone.

It’s all right here next to us, a war zone, just across our border in the south.

We can assume that Russian President Vladimir Putin, who was dealt a significant blow by Islamic State, will aspire to exact his revenge on the group in Syria. Putin can also deploy ground troops to intensify the war against the group there.

It’s all right here next to us, a war zone, just across our border in the north.

The attack also has implications for air travel around the world. Security at airports will be increasingly skittish. Remember the bombing of Pan Am Flight 103 over Lockerbie, Scotland in 1988? Following that terrorist attack security at airports was bolstered. It did not prevent the bombing of a French passenger plane over the desert in Niger 10 months later. Attacks on the aviation industry are splashy and extravagant. When the opportunity arises, terrorist organizations do not hesitate to target planes. Yesterday it was al-Qaida, today it’s Islamic State.