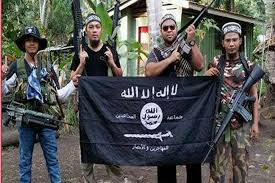 Nick Warner, the head of the Australian Secret Intelligence Service (ASIS), is the only agency chief to have spoken publicly in its 60 years of operation.

“In Australia’s backyard in South-East Asia there are now ISIL affiliates — in Indonesia , in the southern Philippines,” he told a panel discussion in Washington, using another term for the Islamic State (IS) group.

“This year there have been four small scale, and pretty hopeless, terrorist attacks, but the willingness is there, the ideology is there.”

Mr Warner warned the southern Philippines were a particular concern and said extremists looked likely to establish a fully-fledged IS branch there.

“That worries me a lot. I can see that acting as a magnate for wannabe jihadists and for returnees out of the caliphate as that is destroyed,” he said.

Mr Warner said he had no doubt the so-called Islamic State’s Middle East caliphate would fail in time.

But he warned that it could then be followed by a protracted Sunni insurgency.

“And even if the protracted Sunni insurgency doesn’t follow, I think the ideology of Al Qaeda and ISIL has spread too far for us to be able destroy it any time soon,” he said.

Mr Warner was applauded for his response to a question over whether Australia trusted sharing intelligence with the US after the Edward Snowden leaks.

“All I will say is I’m amazed still that there’s a debate about this in the United States,” he said.

Rory Medcalf, the head of the National Security College at the Australian National University, said Mr Warner’s focus on South-East Asia was reasonable.

“After all it’s the one region of the world where Australia’s intelligence agencies can make a fundamental difference, whereas in the Middle East or elsewhere we’re essentially part of a much wider team effort,” he said.

“If you look at the impact that Australia has had in the past in South-East Asia, for example in the response to the Bali bombings… it makes good sense to focus our efforts there.”

Mr Medcalf said Mr Warmer’s remarks were significant because he was recognising the “dramatic changes” in the international security environment.

“That Australian spies have to adapt to, if we’re going to [become] a country that essentially protects its interests into the future,” he said.