What do a Somalia truck, a Filipino city, and a Niger start-up have in common, like reported by opendemocracy.net 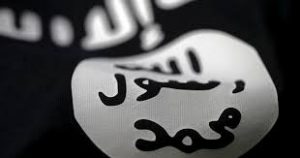 The war against ISIS in Raqqa is nearing its end. But in all likelihood, the group will transform itself into an insurgent force, thus reclaiming the status it had until 2013. The four-year caliphate will then be propagandised, in two ways: as an example of what can be achieved against the formidable power of the world’s strongest military coalition, and as a symbol of what will surely come again. Even if this is wishful thinking from ISIS, it is worth reflecting on current developments in three other regions which point to the evolving nature of this new era of irregular war: the Philippines, Somalia, and Niger.

The military forces of Rodrigo Duterte’s government are reportedly close to retaking Marawi, on the southern island of Mindanao. The city was overrun in May by paramilitary groups allied to ISIS. The expected brief operation turnedinto a five-month siege in which more than 1,000 people, including many civilians, may have died. Thousands more have left the city, large parts of which have been destroyed.

Two aspects of the Marawi operation have long-term implications. The first is that dislodging the determined and well-organised insurgents required the extensive use of air-power and artillery. This repeats the experience of Ramadi, western Mosul and most recently Raqqa. Much is made of the use of precision-guided weapons; but over three decades, Islamist paramilitary movements have gained combat experience against such tactics. As a result, to defeat these movements now means wrecking cities (see “ISIS: a war unwon“, 14 September 2017).

The second aspect is that events in the southern Philippines reverberate across south-east Asia, where ISIS and similar groups are proselytising among sympathetic communities. The decision of Malaysia, Indonesia and the Philippines to establish a programme of joint maritime-reconnaissance patrols over the Sulu Sea is one acknowledgment of a growing concern. The patrols will initially be monthly, carried out in rotation, alongside coordination of more frequent national patrols. Defense News reports:

“The trilateral maritime and air patrols were initiated in response to fears that the Islamic State group will use the Sulu Sea to move fighters between the three countries, which all have coastlines along the Sulu Sea. ISIS-linked militants had seized the southern Philippine city of Marawi in late May, triggering a counteroffensive from the army to take back the city, which continues to this day”.

The huge truck-bomb attack in central Mogadishu on 14 October, which devastated several acres of the city, was almost certainly an al-Shabaaboperation. The updated death-toll of 329 is likely to rise, and many hundreds of people were injured. The vehicle appears to have been heading for a government ministry when it was halted at a roadblock. Its explosion also set off a fuel-tanker, adding further to the carnage. There is some evidence that a second truck-bomb was intercepted on route to a different target. If it had exploded, this might have been the largest single paramilitary attack since 9/11.

The attack follows military pressure from Somalia’s newly elected president, Mohamed Abdullah Mohamed, who is supported by United States forces. Al-Shabaab, which has links with al-Qaida, has been fighting successive governments, a multinational African Union force and US units for a decade. It has lost territory but still represents a major threat to the government, and this incident suggests an increase in its capabilities.

Several hundred US special forces and army personnel are deployed in the country, and American drones repeatedly target al-Shabaab. A decision by Trump means the Pentagon’s rules of engagement are being loosened. What happened in Mogadishu may be the prelude to approve increased levels of force.

If the Philippines’ conflict is low-profile in the western media, and Somalia’s is only covered after major events, Niger’s has been almost invisible. That may change after the killing of four US special-forces personnel in a remote part of the country on 4 October, by a militant group reportedly new to the area. The survivors were eventually rescued by French aircraft from a base in Mali around 500 kilometres away.

The incident throws light on the United States’s fluid set of military operations across much of the Sahel, which includes contributions by France and Britain as well as other contingents. In the case of the “quiet war” in Niger, a rare detailed assessment by the Guardian’s Jason Burke says the group may have been acting on its own initiative with little back-up. Such evolving autonomy has been matched by the US military’s own tactical shift. Burke quotes a former special-forces officer:

“Since Trump took power, US forces deployed around the world have had a lot more room to manoeuvre. Decisions about when and what to engage have been devolved right down to unit level. Any soldier knows that if you give guys on the ground more independence, then they will be that much more aggressive and will take more risks.”

Pentagon: off the leash

The notion that the latest, Trumpian iteration of the sixteen-year “war on terror” is easing following ISIS’s reversals in Iraq and Syria is tempting. But in light of the above, three things counter it.

First, much more is happening in the military sphere than is commonly reported. Thus, any idea that Trump has embarked on security “isolationism” is nonsense: campaign rhetoric and experience in office are proving to be two very different maters. Second, the transition from “boots on the ground” to “shadow wars” continues. Third, there is a particular contrast between Trump’s and Obama’s administration, as follows.

During the latter’s eight-year period, Obama certainly oversaw major changes, especially towards the use of drones (including targeted assassination). That was controversial for many people who may have approved of many of his other policies. But whatever one’s views of this element, his White House team kept tight control over what was done by the military in the administration’s name.

That has changed under Trump. Now, the Pentagon has much more freedom of movement and far less need to get approval from above. It is one more reason why escalation of US military actions around the world is likely to continue. Many of those actions will be more vigorous and violent. They will also be largely unreported. All this is part of what Trump sees as his historic task of making America great again.