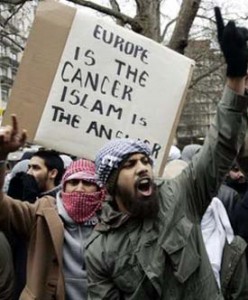 The safety of Syrian refugees in Belgium is being threatened by radicalized local youths, the mayor of the Belgian municipality of Vilvoorde, on the outskirts of Brussels, said.

Belgium has the highest per capita number of fighters in Iraq and Syria of any Western nation, with 440 militants out of a population of 11.4 million, according to the International Center for the Study of Radicalization and Political Violence.

“Without additional funding, I cannot guarantee the safety of the refugees,” Hans Bonte said in an interview with the Flemish De Morgen publication published Wednesday.

Bonte says that a commonly held view among radicalized young people, is that Syrian asylum seekers, who make up the majority of refugees in the municipality, are “cowards” for not fighting alongside the Islamic State (IS) jihadist group and helping it to establish an Islamic caliphate.

“The situation is once again very explosive, similar to Charlie Hebdo or Verviers,” the mayor said, referring to the deadly January terrorist attacks at the satirical magazine’s headquarters in Paris and subsequent anti-terror raids in the Walloon region.

Bonte said the latest thwarted attack on board an Amsterdam-Paris train has stirred up tensions in Vilvoorde, leaving the city polarized.

“Many young people have left and have sometimes come back broken… Any incident with radical Muslims creates a lot of commotion in households,” he stressed.A center to temporarily house asylum seekers from third countries is expected to open in Vilvoorde on October 1.

Although the Flemish government has reportedly pledged to provide $2.6 million in support to Vilvoorde, Bonte claims the local authorities “have not seen a euro.”