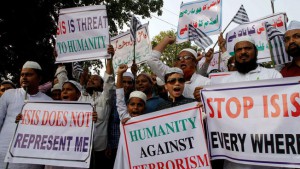 Major terrorist attacks in Istanbul and Jakarta this month, following the spectacular Paris strike of last November, have once again raised fears of the global expansion of the Islamic State, or ISIS, the world’s most brutal and most effective Islamist terrorist organisation which puts to shame even Al Qaeda, whose franchisee it was meant to be in Iraq and Syria until just a couple of years ago.

ISIS, or Daesh, has claimed authorship of the outrage in Jakarta and Paris, and the presumption is that it was also responsible for killing foreign tourists in the Sultanahmet district of Istanbul, one of the most visited places in the world. But firm proof eludes us in tracing particular vile acts to Daesh. This is especially the case with the recent Istanbul and Jakarta attacks.

Turkey has been seen by many as an indirect backer of Daesh because Daesh hits regimes in West Asia with which Ankara is at odds. Of course, Turkey strongly refutes the suggestion. In the wake of the Istanbul attack, it even unleashed a wave of airstrikes against Daesh positions in Syria.

What seems true, however, is that the current Turkish government is seen to be Islamic which in various ways seeks to oppose the sturdy secular social and political tradition built up in the country in the last hundred years. Should Daesh be hitting targets in Istanbul then?

Anything we say will be conjectural, but it is also true that there have been a number of terrorist incidents in Turkey since last June. Are the attacks linked in their authorship, or are different groups espousing different causes, fighting it out? There are no firm clues.

If those with ultra-Islamist values, or even Islamic ones, are uneasy with modern Turkey’s strong secular foundational structures, it is understandable. The case of Indonesia, however, is quite different. The government there is openly democratic and moderately Muslim. Its political character is not the same as Turkey’s.

But the recent past has seen robust Islamic and Islamist movements in Indonesia which have used terrorism as an instrument. The Jemah Islamiyah, a dreaded terrorist outfit which took credit for the infamous Bali bombing some years ago, has its organisational bases in Malaysia and the Philippines also. But in the past decade, the Indonesian government had overpowered the Islamist tendencies and these could well be hitting back with the help of Daesh.

Daesh is indeed a serious threat internationally, as US President Barack Obama reminded us in his last State of the Union address recently. In India too we need to be alert to its activities as a clutch of Indians have travelled to fight for ISIS and the outfit is trying to spread its wings in Pakistan and Afghanistan, where India is engaged.