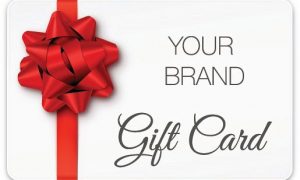 More than 10m “stored-value cards” are active in Australia – worth more than $1.5bn – and are highly vulnerable to criminal exploitation, the report by Austrac said.

“In Australia, foreign fighters have used SVCs to fund their terrorist activity before and after departure to the conflict zone, and have been used to facilitate money laundering and cyber-enabled fraud,” the justice minister, Michael Keenan, said on Tuesday.

“Internationally, we have seen SVCs used to fund terrorist attacks, including the horrific terrorism attacks in Paris in November 2015.”

The Austrac report identified 12 instances within two years where the cards were highly likely to have been used to finance terrorism. They involve more than $170,000 loaded on to the cards in Australia and redeemed in countries bordering Syria, including Turkey, Jordan and Lebanon.

“The most significant potential consequence is the threat to national and international security if used to facilitate terrorism financing,” the report said. “Particularly in sustaining and enabling the activities of Australian foreign terrorist fighters.”

Austrac’s chief executive, Paul Jevtovic, said stored-value cards that could be loaded, reloaded and redeemed in cash carried a higher level of risk than those which could not.

So too did cards that could be redeemed overseas, such as pre-paid travel cards, as opposed to those that could be used only in Australia.

Jevtovic urged Australian businesses offering the cards to protect themselves and the community from criminal misuse.

“I encourage all Australian businesses that issue SVCs to familiarise themselves with this risk assessment to ensure their anti-money laundering and counter-terrorism financing systems and processes are effective,” he said.