You are here: Home / Europe / Islamic “lone-wolf” in Western Europe: how to respond 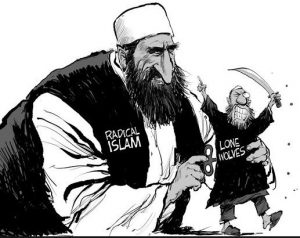 From the deadly rampage conducted by Mohammed Merah in south-western France in March 2012 to the killing of Fusilier Lee Rigby in London in May 2013, single-assailant terrorist attacks have increasingly come to define the security environment in Western Europe, like reported by globalriskinsights.com.

However, it is with the shooting at the Jewish museum in Brussels in May 2014 and especially with the Nice, Berlin, London and Stockholm attacks that took place between July 2016 and April 2017 that the threat posed by lone-attacker incidents fully entered the European security spectrum.

The Islamic State’s military setbacks in Iraq and Syria have gradually led the Sunni extremist group to shift its global strategy. The organisation has been putting additional emphasis on recruiting and motivating militants and supporters living in Western Europe to conduct attacks using any available means in areas close to their place of residence. While these may be carried out with crude tools such as knives, cars or handguns, these attacks have the potential of resulting in heavy casualties and substantial economic losses.

Wrongfully characterised as “lone-wolf” attacks, these assaults are generally the product of radical Islamist networks, both physical and virtual, existing in Western Europe. The current political rationale stipulates that these attacks are close to impossible to predict; however, several risk mitigation measures can be implemented in the short-term to try to reduce the risk these attacks are likely to continue to generate.

An evolution of security measures

As Western Europe increasingly faces a home-grown terrorist threat emanating from local and transnational Sunni extremist networks, national governments have to deal with a pressing necessity to upgrade and adapt the current anti-terrorist mitigation measures. This leads to three key points.

The first objective for European security services and intelligence agencies must be to expand their threat monitoring capabilities. According to recent estimates, thousands of personnel holding radical Islamist views and potentially supporting extremist groups are present throughout the EU territory. This is especially true for France, Belgium and Germany, where Islamist radicals have been able to spread their ideology and infiltrate segments of local Muslim communities. As seen with recent attacks in Paris (January 2015, November 2015) and in Brussels (March 2016), terrorists tend to have links to local deep-rooted criminal groups. The monitoring of the terrorist threat has heavy manpower needs, as agencies must be able to control suspects as well as their secondary and tertiary contacts in a bid to prevent attacks. The reinforcement of intelligence capabilities as well as the adaptation of current legislation is highly likely to remain a key issue in political debates in the foreseeable future.

A second set of measures that is likely to be conducted in the short-term is the hardeningof soft-targets. The Nice, Berlin and London attacks have highlighted the threat posed by single-assailant ramming vehicles against civilian cars. As such, law makers and security officials will almost certainly look into material means to prevent such incidents. While it is unrealistic to imagine a full protection of the territory, key public events such festivals and other large gatherings, as well as major tourist sites and politically-sensitive areas are likely to increasingly be protected by concrete blocks and other means of diversion meant to block speeding vehicles. In public places such as busy transportation hubs, the presence of armed police officers alongside private security guards is likely to remain high in a bid to deter potential attacks and promptly respond to any incident.

A key long-term challenge remains the national government’s capability to deny militants safe haven within European cities and in cyberspace. Recent Islamic State attacks in Western Europe have highlighted that the perpetrators and the planners have benefitted from their capacity to move into densely populated areas in which criminal networkshave a structured presence.

A long-term threat to business

It is necessary for western European lawmakers to promptly adapt to the evolving terrorist threat, as it is likely to be a long-term factor negatively affecting the region’s security. Beyond the loss of lives and the insecurity and social tensions linked to terrorist attacks, these incidents have a high impact on business trends. Islamic State propagandists have understood that even crude single-assailant attacks have the potential of leading to a feeling of insecurity that is likely to hurt the national economy of the targeted countries.

Tourism is the most directly hit sector, as foreign leisure travel to countries with an elevated terrorist threat has decreased. France so far bears the brunt of this problem, as repeated terrorist attacks in 2015 and 2016 led to a sharp drop in tourist rates. As an example, in 2016, Paris experienced a decrease in tourism of approximately 1.5 million people. In the long run, this trend is likely to have secondary and tertiary effects, with diminished occupancy rates at hotels, a decrease in time spent in large shopping areas, and a drop in restaurant bookings. This new reality generates a realistic risk for businesses in areas subject to a heightened terrorist risk.

In wider terms, the threat posed by single-assailant and crude terrorist attacks is quickly becoming a new concern for businesses operating in Europe. It raises questions linked to travel security policies, duty of care responsibilities and the overall capacity of firms to mitigate security risks for their employees and assets. As lawmakers and public institutions, small companies as well as global firms are increasingly exposed to Europe’s “new normal,” which requires the implementation of new internal policies and a fresh understanding of the local risk environment.