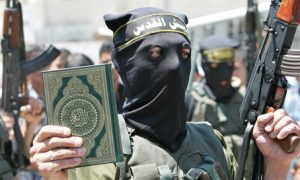 Amid rising tensions between the Gaza-based terror group Palestinian Islamic Jihad (PIJ) and Israel, PIJ has reportedly raised its level of readiness for conflict to the highest degree, like reported by algemeiner.com.

On Monday, the IDF deployed Iron Dome missile defense batteries throughout central Israel and began military drills in the vicinity of Gaza.

The Trump administration’s international negotiations representative, Jason Greenblatt, on Monday called on the terror group to tone down its war rhetoric, tweeting, “Extremist statements & provocation vs. Israel by Islamic Jihad significantly harm the people of Gaza & are very dangerous.”

The increase in tensions with PIJ came after the terror group threatened to avenge Israel’s recent destruction of a cross-border attack tunnel. Ten PIJ operatives, including two senior commanders, were killed during Israel’s operation to destroy the tunnel.

The IDF arrested PIJ commander Tariq Qa’adan on Monday in the Palestinian town of Arrabeh.

PIJ is Gaza’s second-largest terror faction behind Hamas, with an estimated 10,000 armed members as well as its own rocket arsenal and tunnel network. It has a unique religious affinity with the Iranian Shi’a regime, and may be receiving messages from Tehran to escalate the Palestinian conflict with Israel.