You are here: Home / Europe / Islamic foreign fighters have had €200,000 from Belgium 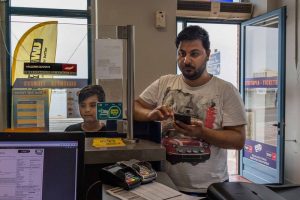 In recent years, a total of nearly €200,000 has been paid to Syria and Iraq. De Tijd is reporting on Wednesday that the amounts sent have mainly been transferred by services, such as Western Union, like reported by brusselstimes.com.

The daily newspaper bases its findings on the figures from the Anti-Money Laundering Cell, sent by the minister of Justice to the deputy, Georges Gilkinet (Ecolo-Groen). The €200,000 is thought to have been paid by around 100 donors. The majority of the time these were loved ones or friends of Belgian fighters.

In 2016, the Anti-Money Laundering Cell began investigations around intermediaries in Lebanon and in Turkey, who were receiving the money transferred, and sending it on to fighters in Syria and Iraq. By tracking the financial flows in that way, it was possible for State Security to detect which fighters were preparing to return, possibly with a view to carrying out an attack.

As regards the fight against financing terrorism, the Anti-Money Laundering Cell receives information from banks, bureaux de change and other services, required to indicate their suspicions in relation to terrorists. Minister Geens also believes that as regards the fight against financing terrorism, it should also be possible for the private sector to sit around the table with the security services to discuss the issue.