You are here: Home / Senza categoria / Islamic extremists are hoping to launch a horrifying attack on Washington DC on the day Donald Trump is sworn in as President 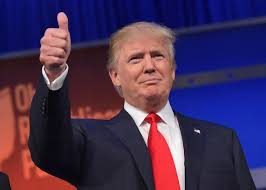 Terrorists living in war-torn zones in the Middle East are calling on believers to target the inauguration ceremony on January 20, which is expected to attract more than a million people, like reported by dailystar.co.uk .

The public, as well as former presidents and high-profile officials, will watch Trump get sworn in as the 45th President of the United States.

Al-Qaida – which is active worldwide – said in its propaganda magazine “Inspire” that its followers should use drones containing improvised explosive devices (IEDs) to cause devastation in the “target rich” area.

Another edition of the vile publication states wannabe jihadis should look to attack areas “flooded with individuals, e.g. such as sports events in which tens of thousands attend, election campaigns, festivals and other gatherings [sic]. The important thing is that you target people and not buildings”.

It adds Washington DC is its number one symbolic target.

In an edition of its propaganda magazine “Rumiyeh”, it called on believers to target the inauguration.

It advises that brainwashed jihadis should look to cause carnage at “excellent target” events that attract masses of people by staging a “Nice-style” strike.

Last summer, 86 people were killed when lone wolf Mohamed Lahouaiej-Bouhlel drove a lorry into a crowd of people celebrating Bastille Day in the French city.

Just weeks ago, ISIS released another propaganda video titled “Incite the Believers to the Fight 2”, which featured footage of secret service agents rushing Trump off-stage at a rally in Nevada.

In the clip, the jihadis call for Trump and other world leaders to be assassinated.

The radicals Islamists go on to say: “What we want is their country to be delivered to a donkey like Trump who will destroy it.”

“In the end, they are all our enemies and we will only meet them on the battlefields,” the statement continued.

“It is either them or us. We ask Allah to make their destruction caused by their own plans and their death come among themselves.”

And in March last year, the evil terror cult released a video featuring in the wake of the Brussels bombings.

Trump can be heard commenting on the deadly terror attacks saying: “Brussels was one of the great cities, it was one of the most beautiful cities of the world 20 years ago, it was amazing actually, and safe.

But US security services are gearing up to put an unprecedented level of protection in place at the inauguration event.

This will see roughly 7,500 Guardsmen and 3,000 cops from various states creating a ring of defensive force around the ceremony.

As well as preventing potential Islamic terror attacks, they are also preparing to ward off potential attacks from some 75,000 protesters.

Some of those planning to march against Trump’s presidency have even vowed to “paralyse the city”.