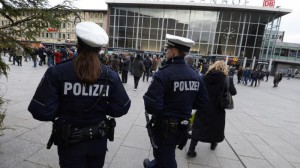 Germany’s domestic intelligence service says an employee suspected of trying to pass along sensitive material to Islamic extremists had only been working for the agency for a short time.

The agency, known as the BfV, told The Associated Press the 51-year-old German man started “not long ago” and had “been inconspicuous during the application process, training and at work.”

The agency wouldn’t provide further details, but Germany’s Der Spiegel magazine reported Wednesday the former banker joined the agency in April and was tasked to watch Islamic extremists himself.

The magazine reported that he attempted to provide information in an extremist chat room online, but his chat partner turned out to be a BfV agent himself and caught him.

Spiegel reports the man was a recent convert to Islam.