You are here: Home / Africa / Islamic counterterrorism in North Africa 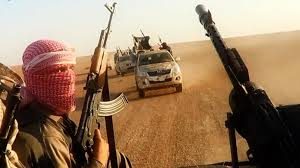 Throughout 2017, peace and security across North Africa were threatened by Salafi-jihadi terrorism, armed conflict, poor governance and porous borders. Nations across the Maghreb continued to pursue independent counterterrorism (CT) efforts, without much development of multilateral regional CT initiatives, like reported by aspistrategist.org.au.

Some states, such as Tunisia and Morocco, are clearly doing better than others. On the other hand, Egypt suffered the second-highest number of attacks in the Maghreb in 2017, just behind Libya. The attack in Bir al-Abd on the Sinai Peninsula in November 2017 was the most lethal in Egypt’s modern history, with over 300 fatalities.

These methods haven’t demonstrated to citizens that the government’s capable of securing and stabilising the country. Instead, coercive tactics have consolidated existing grievances and left whole communities vulnerable to radicalisation by violent extremists.

While IS remains a concern—particularly in the Sinai—other groups are emerging. A relatively new group called Hasm (Determination) has executed lethal attacks on security personnel and the Grand Mufti, and at Myanmar’s embassy in Cairo. It’s target choices indicate that its unlikely to be aligned with IS, which indiscriminately targets citizens.

Militants also operate on the borders with Libya to the west and with the Gaza Strip to the east, which remain sources of instability and insecurity because of long-standing socio-political grievances, low levels of governance and established crime–terror networks.

Elsewhere in the region, Salafi-jihadi groups continue to operate with force, particularly in Libya. The Middle East Institute suggests that there are five main groups currently operating there, as well as other, smaller militant cells or affiliates in the shadows. A range of non-state actors have filled the political vacuum in the absence of an effective government.

Although Libya’s competing governing factions—the UN-backed Government of National Accord (GNA) and General Haftar’s Libyan National Army (LNA)—have had some  success in curbing IS in Libya, there’s no long-term CT strategy in place. IS’s territorial strongholds have been lost, and their military capabilities have been severely rolled back, but it’s likely that the group may be reorganising and regrouping. And it and other militant groups remain resilient, active and operational in various pockets across the country.

Therefore, Libya’s governing forces should be prepared for a continued IS insurgency carrying out sustained, low-scale guerrilla attacks.

While analysts predict that IS will likely be defeated in Algeria—owing to its sparse membership and lack of structured leadership—it’s thought that al-Qaeda’s regional branch, AQIM, continues to enjoy solid support and influence. AQIM has demonstrated considerable durability—it’s been in operation in the region since 2007 and retains around 500 members.

AQIM could capitalise on the structural dismantling of the IS caliphate by recruiting militants returning to the region, or even foreign fighters disillusioned with IS. For example, in 2016 AQIM launched a campaign urging IS fighters to switch loyalty. Due to its detailed knowledge of the terrain, climate, governance structures and tribal relations, AQIM holds a favourable position from which to negotiate with wavering militants looking for safe havens and the prospect of continuing military operations.

CT measures across Tunisia, Algeria and Morocco are far more sophisticated and multidimensional than those practised by their neighbours in Egypt and Libya. Hard security, coordinated intelligence and military operations are paired with softer socio-political measures aimed at addressing the drivers of radicalisation. Algeria and Morocco have both imposed a strict policy on the dissemination of religious material, permitting only that which aligns with the governments’ standards of moderate Islam.

Additionally, both countries strongly support imam training programs that promote social stability and the values of integration and tolerance. Morocco has extended this training program to women. Female preachers known as morchidates are taught to deliver religious education that reflects tolerance and inclusivity.

Such measures seem to have had the desired effect. There are demonstrable improvements in national security, and there have been no terrorist attacks on Moroccan soil since 2011. Tunisia has also avoided any mass-casualty terrorist attacks since the 2016 attack on the town of Ben Guerdan.

Although CT measures at home may be proving to be relatively effective, it should be noted that Libyans and Moroccans were involved in attacks in the UK and Spain in 2017, and that a Tunisian national was arrested in Germany on suspicion of planning an attack. These examples demonstrate the need for closer international cooperation and information sharing to effectively counter terrorism and to undermine international terrorist links that may have been formed through foreign fighter networks.

The fallout of the IS caliphate’s dismantling are being felt across the Maghreb. Noting the substantial numbers of foreign fighters and migrants who made their way to Iraq and Syria, the region will likely see many returnees. Unlike in Europe, where border security, intelligence and law enforcement structures are robust and effective, the Maghreb appears to be a less hostile environment for returnees to set up camp, regroup and re-emerge, either within an insurgency or in some other manifestation of organised terrorism.