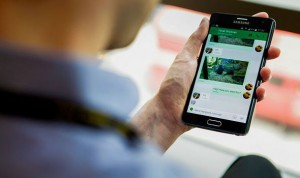 The Islamic State has been linked to at least 40 executed attacks outside its self-proclaimed caliphate.* Counterterrorism officials say that these attacks fall into three broad categories: directed, enabled and inspired.

Many were initially thought to be “lone wolf” attacks — inspired by the group but conceived and executed without its participation, like reported by nytimes.com.

But an analysis by The New York Times has found that the attackers in at least 10 strikes that came to fruition were in direct communication with Islamic State operatives. These cases are known as enabled plots.

In the most basic enabled cases, the Islamic State planner acted as a confidant and virtual coach. In the most involved, the group organized everything down to providing the bullets to be used during the attack. These more involved cases of remote direction are now being called “remote-controlled attacks.”

In a number of other cases not documented here, the plotters were stopped before executing their attacks. Some of them were also found by officials to have been in contact with Islamic State operatives.

At least five successful attacks are known to have been directed outright by the Islamic State, carried out by operatives who trained with the group in Iraq and Syria.

These cases were among the deadliest, including the coordinated attacks in Paris in November 2015, which killed 130 people, and the airport and subway bombings in Brussels in March 2016, which claimed 32 lives. Yet these remain the minority.

In most of the attacks with some link to the group, the authorities have found it difficult to determine the exact connection. In many cases, it remains unclear whether the attackers were simply inspired by the Islamic State or actually had contact with the group’s planners.

In at least 10 executed attacks, officials have found that the assailant was in direct communication with planners from the Islamic State, which is also known as ISIS.

Amedy Coulibaly was in contact with Islamic State operatives in Syria before storming a kosher supermarket in Paris, taking hostages and killing four of them.

Two men, initially thought to be “lone wolves,” opened fire at a community center. The F.B.I. said the attackers were in communication with the Islamic State via encrypted texts.

Sid Ahmed Ghlam was accused of killing a woman and trying to open fire on a church. He had been in touch with Abdelhamid Abaaoud, a prominent ISIS operative, the authorities say.

Justin Nolan Sullivan was accused of plotting a mass shooting under the guidance of Mr. Hussain. He was also charged with killing his 74-year-old neighbor.

A man, who the authorities say was sent by Mr. Abaaoud, tried to open fire with an automatic rifle on a high-speed train traveling from Amsterdam to Paris, but he was tackled by passengers.

A girl, who was found later to be in contact with an ISIS planner, attacked a police officer with a knife.

A young man detonated a crudely assembled suicide vest outside a police station and blew himself up. He had received guidance from Mr. Naim.

An asylum seeker stabbed passengers on a train, wounding four people. The German authorities later released a chat conversation running up to the attack linked to ISIS.

A Syrian refugee with a backpack bomb blew himself up at a bar near a music concert. Officials say they believe the attacker was chatting with an ISIS operative immediately before the attack.

Two assailants killed a priest at a suburban church. French investigators believed that they communicated via a messaging app with Rachid Kassim, an ISIS operative in Syria.