You are here: Home / Senza categoria / ISIS will use refugee crisis to infiltrate west 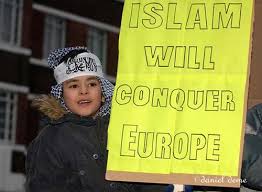 House Homeland Security Committee Chairman Rep. Michael McCaul, R-Texas, warned Sunday that the United States does not have the intelligence to properly vet Syrian refugees and that he believes the Islamic State will use and “exploit the refugee crisis to infiltrate the west.”

The FBI, intelligence community, and Homeland Security officials have all testified to the House Committee that they “don’t know who these people are,” McCaul said on ABC’s “This Week.”

McCaul called the Obama administration’s decision to let 10,000 Syrian refugees into the U.S. “a very reckless and dangerous policy.” Security officials are concerned that there may be terrorists among the millions of fleeing Syrians.

“We are a compassionate nation. We have to deal with this crisis,” he said. “If I could be assured these people could be vetted properly, I’d be supportive” of allowing the refugees to enter the U.S.

The Syrians are fleeing a five year civil war and the rise of the Islamic State, which has its capital in the Syrian city of Raqqa.

McCaul said the massive exodus of refugees from the Middle East is a “humanitarian crisis of epic proportions” and the result of President Obama’s foreign policy in Syria that failed “to remove Assad from power” and allowed the rise of the Islamic State.

“That’s why these refugees are fleeing, and until we address the root cause of the problem there, we’re going to continue to have a refugee crisis globally,” said McCaul.

Islamic State militants have threatened to use the refugee crisis as a means of delivering terrorists inside Western countries, McCaul pointed out.

“I take ISIS at it’s word when they said … [they will] use and exploit the refugee crisis to infiltrate the west,” said McCaul. “That concerns me.”

McCaul also said “we are monitoring very closely” the threat of lone-wolf attacks during Pope Francis’ visit to the United States. Pope Francis’ love of mingling with the people brings with it “a large security risk,” said McCaul.