You are here: Home / Analysis / ISIS will survive Mosul and Raqqa 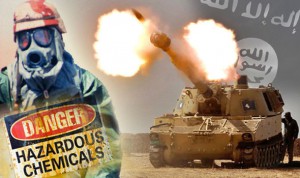 The American administration recently announced that it is planning an offensive to take the city of Raqqa, the Syrian “capital” of Islamic State. The American announcement illustrates the overarching logic behind the current campaign against Islamic State. According to this logic, Islamic State is, in fact, a state. And one state defeats another if it conquers its capital. Such a conquest forces the enemy’s administrative institutions to crumble, along with its remaining forces and defenses, while the conquering country can effectively “take control” of the vanquished country.

Reality, however, does not necessarily abide logic, as we will see when Raqqa is taken, because Islamic State is not a state. Even its expected defeat in Mosul, along with the future downfall of Raqqa, cannot dissolve the “Islamic State,” because it is just one expression, or one phase, of an ongoing struggle. The purpose of this struggle is to prepare the world for the day of judgment, and a ready world is a world that realizes the weakness and fallacy inherent to the human political order.

The state of Islamic State is a mirror intended to demonstrate to the entire world the tenuous nature of the “Arab” states in the Middle East. The role of this state is to rise, and after it has risen to make a laughing stock of the countries around it. It melts away borders and nullifies national identity; it rejects the laws of the state and the international community, and scorns such ideas as “human rights.”

ISIS, however, does not portend to be a complete or sufficient alternative to the Western model or to any other model. The Islamic State is part of a path whose ending is already known — judgment day will come, the final battle will be decided and the Muslims will win. Therefore, when Raqqa falls Islamic State will not simply vanish into thin air. If the tangible Islamic State can no longer fulfil its grand purpose, another means of fulfilling it will be found. When the physical state finally collapses, after much blood is spilled, the citizens who lived under its boot will surely breathe a sigh of relief. The soldiers of the Islamic State will disperse; some will join any of the numerous terrorist groups out there, others will go back home to their worried parents, from Tunisia to Kosovo. The idea of Islamic State, however, will not dissipate in the slightest. Quite the opposite, it can be expected to grow stronger.

The creation of the Islamic State marked a significant escalation for global jihad. Many talked about a caliphate while waging jihad over the years, from the mid-1980s in Afghanistan until today, but no one felt secure enough to implement the idea. Islamic State took the step and was successful, specifically because it never believed that having a state was the end all and be all.

The memory of the Islamic State will encourage new believers, in groups or on their own, to continue undermining the stability and unity in their host countries. Violence will continue to be, to an even higher degree, the most readily accessible and effective way to expand Islamic State’s jihadi doctrine and religious struggle. There is no reason to necessarily expect grandiose terrorist attacks in the style of al-Qaida.

The purpose of Islamic State does not lie in the spectacle, the widespread destruction or in the unfathomable number of casualties. We can, however, expect a dogged response unrestrained by time or distance. The current and soon-to-be martyrdom in Mosul and Raqqa is not the result of loyalty to the state, rather a devotion to the unceasing advance forward, toward the assured end.